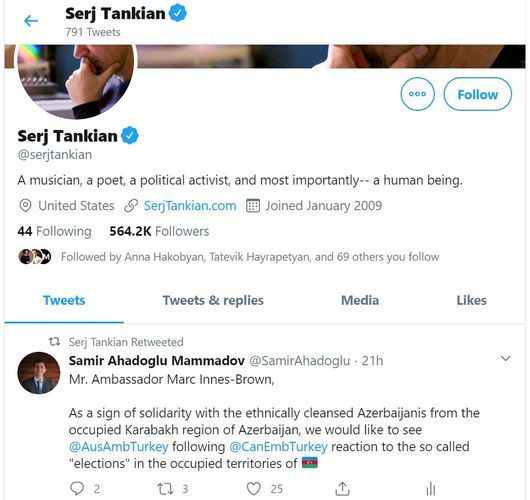 The famous American musician of Armenian origin, the lead singer of "System Of A Down" band Serj Tankian has joined the appeal of the Azerbaijani Community of Nagorno Garabagh region of the Azerbaijan Republic, the member of the Community Samir Mammadov said in his statement to APA.

Serj Tankian has supported the post shared by Australia’s embassy to Turkey, Azerbaijan and Georgia calling on people to express their support for territorial integrity of Azerbaijan and announced his support on his “Twitter” account.

Note that some time ago Australia’s ambassador to Turkey Marc Innes-Brown already declared that his country supported territorial integrity of Azerbaijan and didn’t recognize the “elections” held in Nagorno Garabagh.

Australia’s ambassador to Turkey is also accredited in Azerbaijan and Georgia. 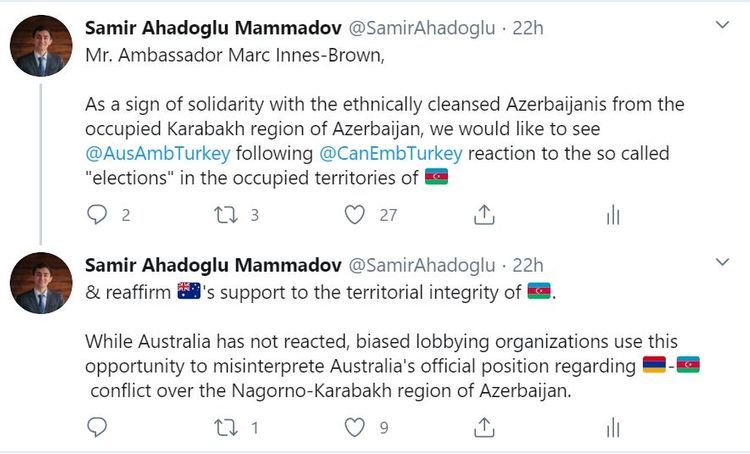