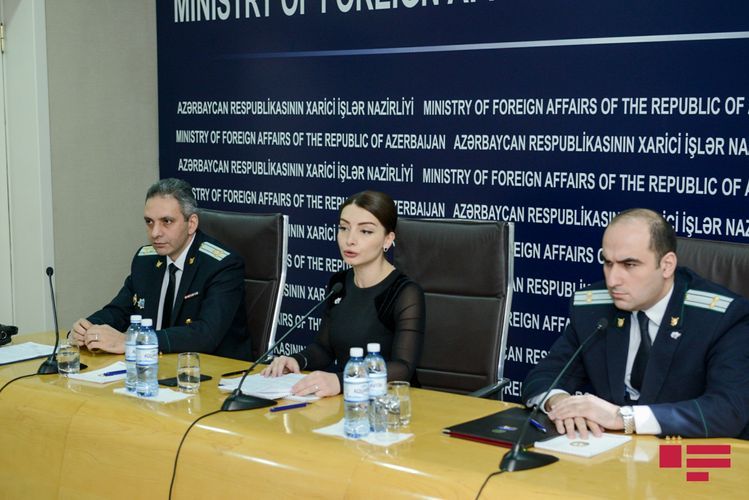 E. Taghiyev stated that crimes of 305 people were proved, considered with genocide, deportation, and other articles of the Criminal Code on the crimes, committed against humanity in Khojaly, Garadaghli, and other residential territories, a decision on bringing them to justice was adopted: “Among them Arsen Baghdasaryan, Karen Dasaryan have been brought to justice in Gazakh. Works aimed at investigation of war crimes in Nagorno Garabagh and other occupied Azerbaijani territories, determination of the full scope of damaged people, and bringing to justice other people, participated in those crimes, are underway.”

Note that due to the evidence of the crimes provided for in the articles of the Criminal Code of the Azerbaijan Republic on deportation, torture, genocide, violation of the laws of war, etc., a decision was made to hold 305 people accountable, of which 39 were under the Khojaly genocide, 12 under Garadaghli , 47 - according to Karkijahan, 35 people for torturing prisoners. The court chose a preventive measure in respect of them - arrest; documents were sent to the relevant organizations to hold them accountable.