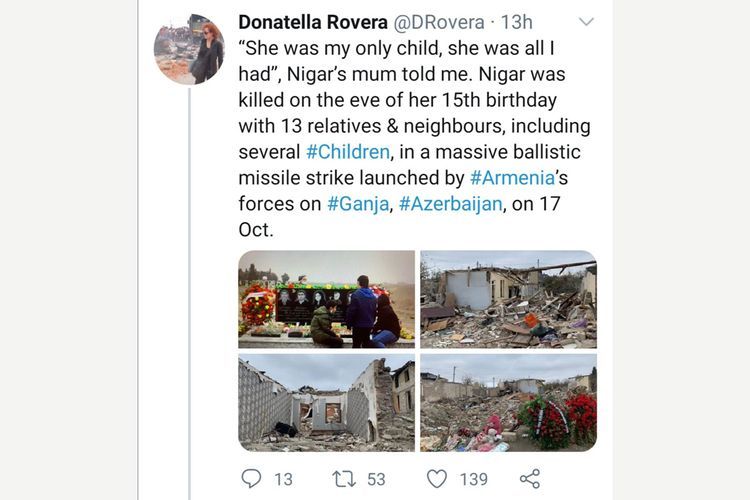 "Houses stripped bare in Kalbajar region of Nagorno Karabakh. During 27 years of occupation all was looted - not a door, nor a window, not a single roof tile was left in the houses of the Azerbaijanis who had to flee in 1993," Donatella Rovera, Senior Crisis Adviser Amnesty International - Investigating War Crimes and Human Rights Abuses in Conflicts/Crisis wrote in Twitter, APA reports.

Donatella Rovera has also tweeted about the tragedy caused by Armenia's rocket attack on Ganja.

"She was my only child, she was all I had”, Nigar’s mum told me. Nigar was killed on the eve of her 15th birthday with 13 relatives and neighbours, including several children, in a massive ballistic missile strike launched by Armenia’s forces on Ganja, Azerbaijan, on 17 Oct," the tweet of Donatella Rovera reads.

Donatella Rovera's next tweet is also about Ganja: "Anar and Nurcin and 8 neighbors were killed in their sleep their homes in another ballistic missile strike by Armenia’s forces on 11 Oct. “Anar and Nurcin have 2 Children who now are orphans”, Anar’s father told me, overcome by grief, by his son’s destroyed home." 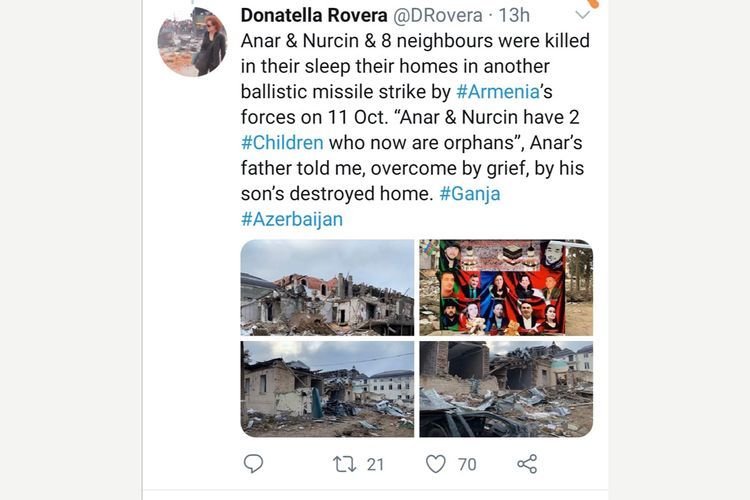