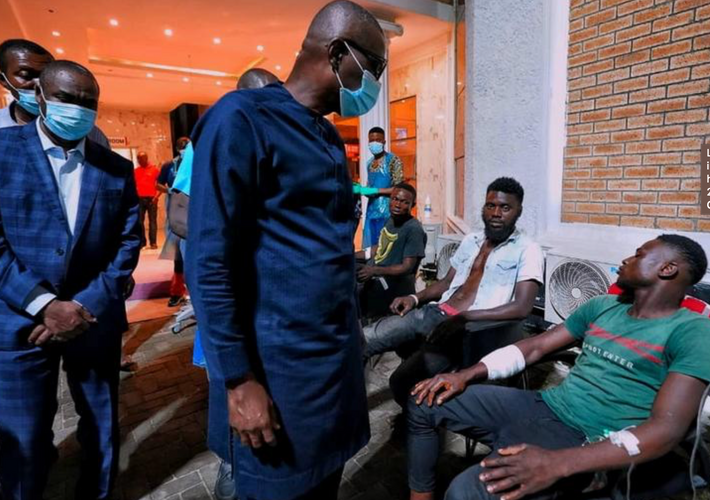 Thousands of Nigerians have demonstrated nationwide every day for nearly two weeks against a police unit, the Special Anti-Robbery Squad (SARS), that rights groups had for years accused of extortion, harassment, torture and murders. The unit was disbanded on Oct. 11 but the protests have persisted with demonstrators calling for a raft of law enforcement reforms.

“They started firing ammunition toward the crowd. They were firing into the crowd,” said Alfred Ononugbo, 55, a security officer after the soldiers opened fire. “I saw the bullet hit one or two persons,” he said.

The condition of those two people was not immediately known. Amnesty International has said at least 15 people had been killed since the protests began.

In a Twitter post, the Nigerian Army said no soldiers were at the scene of the shooting on Tuesday night in Lekki, an upmarket district where the toll gate has been the site of daily protests in Lagos, Africa’s biggest city.