At least seven killed in landslide in El Salvador, over 30 missing 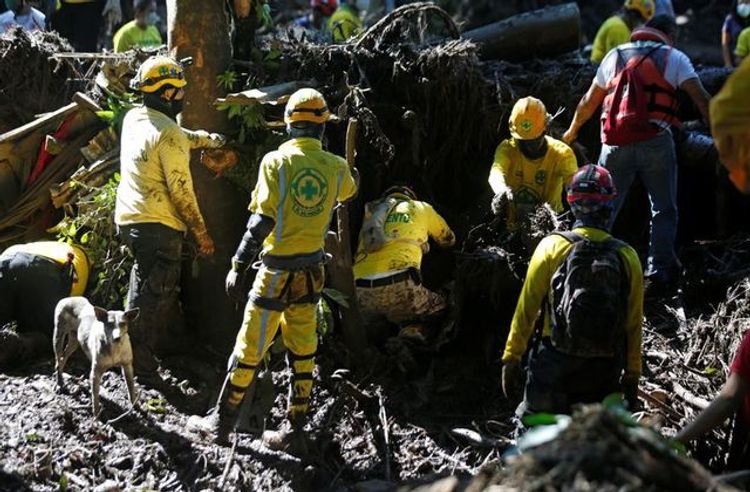 At least seven people have been killed in a landslide sparked by heavy rains in El Salvador and more than 30 more are suspected missing under a deluge of mud, the government said on Friday, APA reports citing Reuters.

The mudslide hit the village of Los Angelitos in the municipality of Nejapa, around 17 km (11 miles) north of the capital, San Salvador, after heavy rains overnight loosened the earth on the flanks of the San Salvador Volcano.

“At about 11 o’clock at night there was thunder and suddenly, we felt like there was a quake, it was when (the landslide) was coming,” said Ricarda Sibrian, 43, who told Reuters she had lost her daughter, granddaughter and son-in-law.

“But (it) had already reached my daughter’s house. We managed to get out, but we couldn’t get to her,” she said.

Authorities said there were two children among the seven dead.

Defense Minister Rene Francis Merino Monroy tweeted photographs from the site showing soldiers with a sniffer dog working alongside fire crews and civilians to try to unearth survivors in the early hours of the morning.

Interior Minister Mario Duran called the situation “difficult” and said around 35 people were buried in the slide.