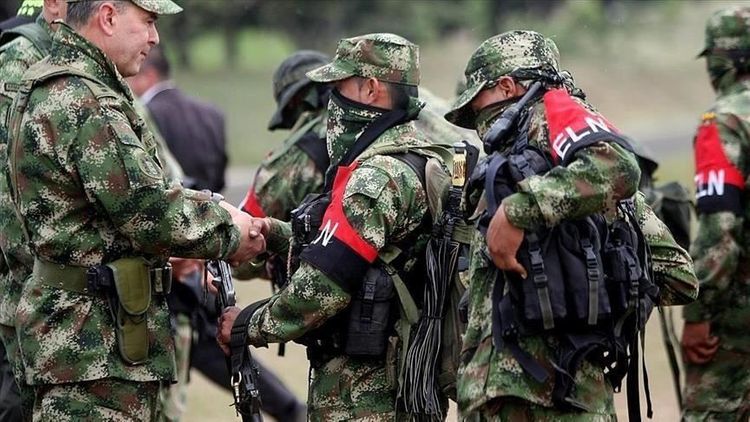 A commander from Colombia’s National Liberation Army (ELN) rebels known for his management of illicit finances has been killed along with three others in a military bombing, the Defense Ministry said on Thursday, APA reports quoting Reuters.

The bombing in the Montecristo rural area of Bolivar province was a joint operation between the air force, army troops and the police, Defense Minister Carlos Holmes Trujillo said.

“Alias ‘Mocho Tierra’ was considered a high-value target and was involved in the planning and execution of terrorist acts against the civilian population and the armed forces,” Trujillo said.

The leader, whose identity was not disclosed, was an ELN member for nearly three decades and participated in a 1999 kidnapping of airline passengers.

He was in charge of drug trafficking and illegal mining in the region that generated monthly revenues of about 4 billion pesos ($1 million), Trujillo said.

The ELN, considered a terrorist group by the United States and European Union, declared a unilateral ceasefire during April in what it said was a humanitarian gesture amid the coronavirus pandemic.

The group renewed attacks following the ceasefire, with the army blaming it for a series of bombings against oil pipelines.