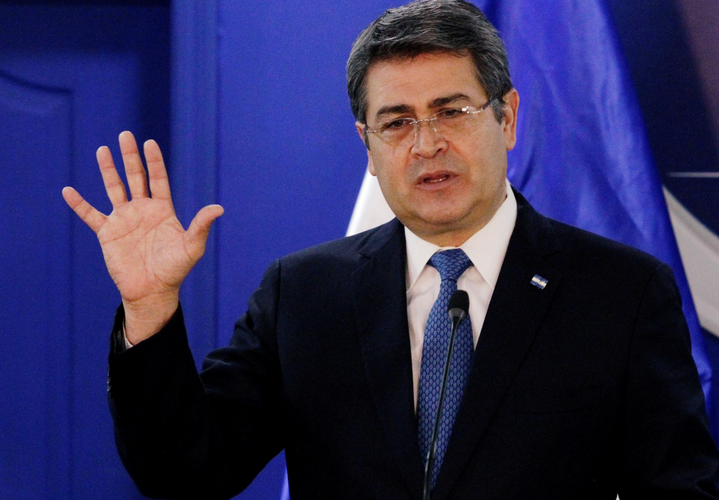 Honduran President Juan Orlando Hernandez has been hospitalized for COVID-19 and is being treated for pneumonia, a health official said on Wednesday, a day after the Central American leader’s diagnosis was revealed, APA reports quoting Reuters.

While his condition is serious enough to require specialized medical care in a military hospital, including receiving medicines via intravenous drip, the president is generally in good health, Francis Contreras, a spokesman for Honduran health agency SINAGER, told reporters outside the hospital.

When Hernandez announced his positive diagnosis late on Tuesday in a televised speech, he said his symptoms were mild and he was feeling better, adding that while his doctors recommended rest, he would work remotely and through his aides.

“His general health status is good,” said Contreras. He said X-rays have revealed lung problems, however.