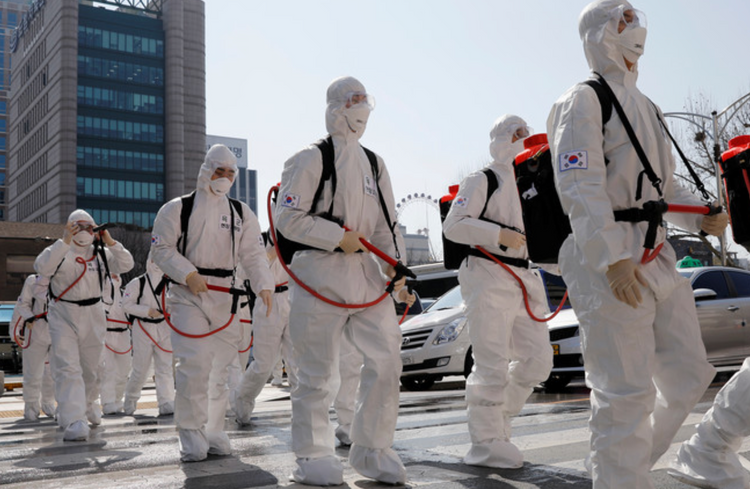 U.S. intelligence indicates that the coronavirus likely occurred naturally, as opposed to being created in a laboratory in China, but there is no certainty either way, the top U.S. general said on Tuesday, APA reports quoting Reuters.

The remarks by Army General Mark Milley, the chairman of the Joint Chiefs of Staff, could fan speculation about the coronavirus’ origins — something China has dismissed as a conspiracy theory that is unhelpful to the fight against the pandemic.

Asked whether he had any evidence that the virus began in a Chinese laboratory and was perhaps released accidentally, Milley was non-committal at a Pentagon news briefing.

“There’s a lot of rumor and speculation in a wide variety of media, the blog sites, etc. It should be no surprise to you that we’ve taken a keen interest in that and we’ve had a lot of intelligence take a hard look at that,” Milley said.

“And I would just say, at this point, it’s inconclusive although the weight of evidence seems to indicate natural. But we don’t know for certain.”

Milley’s comments could again stoke tension with Beijing, where Chinese Foreign Ministry spokesman Zhao Lijian wrote on Twitter last month that the U.S. Army might have “brought the epidemic to Wuhan.”

The claim was denounced by the U.S. government and angered U.S. President Donald Trump, who cited it when he called the coronavirus “the Chinese virus” in briefings. The State Department said at the time that China was seeking to deflect criticism of its role in “starting a global pandemic and not telling the world.”

As far back as February, the Chinese state-backed Wuhan Institute of Virology pushed back against rumors that the virus may have been artificially synthesized at one of its laboratories or perhaps got out from there.

The coronavirus was first detected in Wuhan, China.

A Washington Post opinion column published on Tuesday said the U.S. State Department in 2018 warned in diplomatic cables about safety and management weaknesses at a WIV laboratory.

The Post noted that scientists largely agreed that the virus came from animals, as opposed to being synthesized. But it quoted one expert saying that did not rule out that it may have emerged from the WIV laboratory, which spent years testing bat coronaviruses in animals.