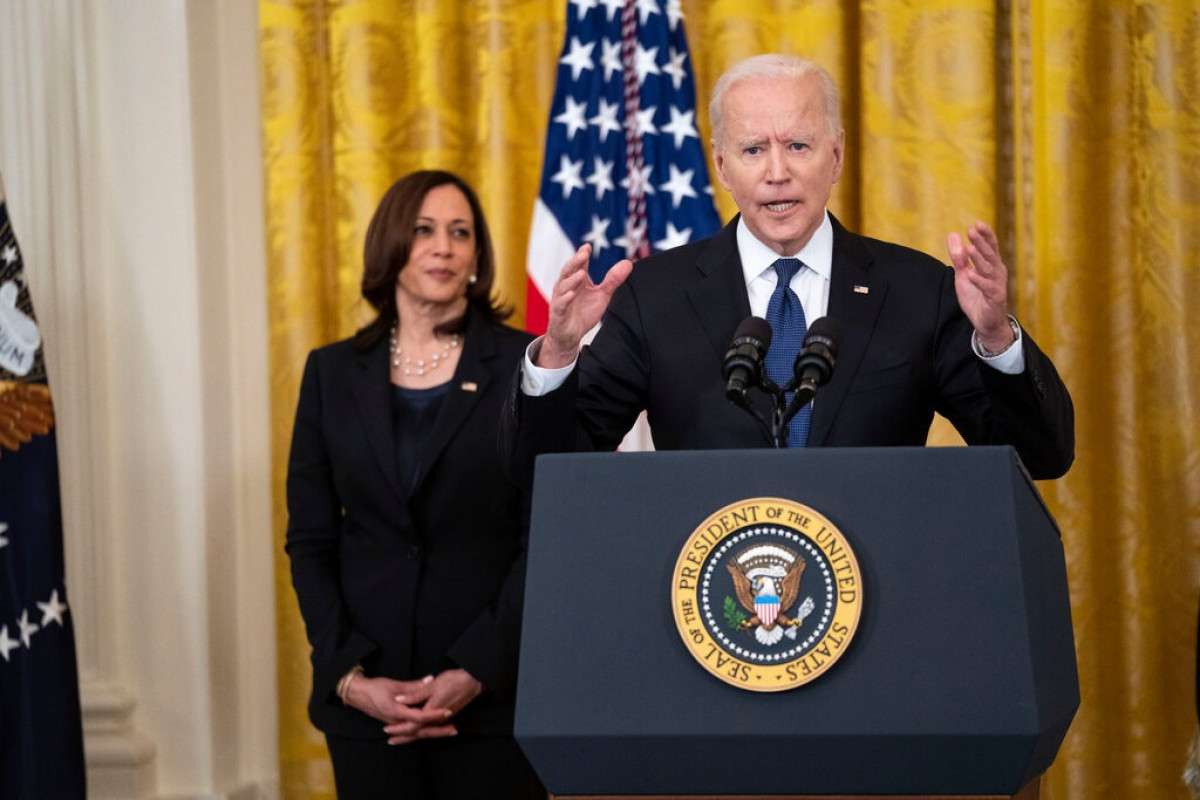 President Biden will propose a $6 trillion budget on Friday that would take the United States to its highest sustained levels of federal spending since World War II, while running deficits above $1.3 trillion throughout the next decade, APA reports citing The New York Times.

Documents obtained by The New York Times show that Mr. Biden’s first budget request as president calls for the federal government to spend $6 trillion in the 2022 fiscal year, and for total spending to rise to $8.2 trillion by 2031. The growth is driven by Mr. Biden’s two-part agenda to upgrade the nation’s infrastructure and substantially expand the social safety net, contained in his American Jobs Plan and American Families Plan, along with other planned increases in discretionary spending.

The proposal shows the sweep of Mr. Biden’s ambitions to wield government power to help more Americans attain the comforts of a middle-class life and to lift U.S. industry to better compete globally in an economy the administration believes will be dominated by a race to reduce energy emissions and combat climate change.

Mr. Biden’s plan to fund his agenda by raising taxes on corporations and high earners would begin to shrink budget deficits in the 2030s. Administration officials have said the jobs and families plans would be fully offset by tax increases over the course of 15 years, which the budget request backs up.
In the meantime, the United States would run significant deficits as it borrows money to finance his plans. Under Mr. Biden’s proposal, the federal budget deficit would hit $1.8 trillion in 2022, even as the economy rebounds from the pandemic recession to grow at what the administration predicts would be its fastest annual pace since the early 1980s. It would recede slightly in the following years before growing again to nearly $1.6 trillion by 2031.

Total debt held by the public would more than exceed the annual value of economic output, rising to 117 percent of the size of the economy in 2031. By 2024, debt as a share of the economy would rise to its highest level in American history, eclipsing its World War II-era record.
The levels of taxation and spending in Mr. Biden’s plans would expand the federal fiscal footprint to levels rarely seen in the postwar era, to fund investments that his administration says are crucial to keeping America competitive. That includes money for roads, water pipes, broadband internet, electric vehicle charging stations and advanced manufacturing research. It also envisions funding for affordable child care, universal prekindergarten, a national paid leave program and a host of other initiatives. Spending on national defense would also grow, though it would decline as a share of the economy.

The documents suggest Mr. Biden will not propose major additional policies in the budget, or that his budget will flesh out plans that the administration has thus far declined to detail. For example, Mr. Biden pledged to overhaul and upgrade the nation’s unemployment insurance program as part of the American Families Plan, but such efforts are not included in his budget.

The budget is simply a request to Congress, which must approve federal spending. But with Democrats in control both chambers of Congress, Mr. Biden faces some of the best odds of any president in recent history in having much of his agenda approved, particularly if he can reach agreement with lawmakers on parts of his infrastructure agenda.