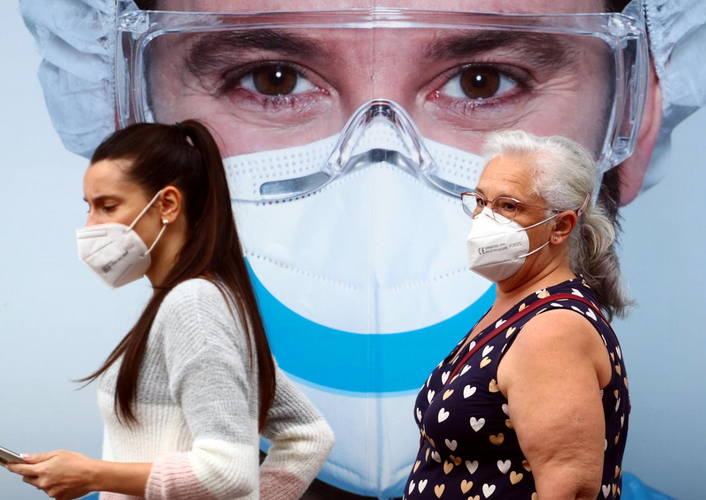 Europe surpassed 150,000 daily coronavirus cases on Friday just a week after reporting 100,000 cases for the first time, according to Reuters tally, with countries such as France, Germany reporting record daily numbers of infections this week, APA reports quoting Reuters.

Much of Europe has tightened curbs including measures such as shutting or ordering early closing of bars, but now the surging infection rates are also testing governments’ resolve to keep schools and non-COVID medical care going.

Globally, cases rose by more than 400,000 for the first time late on Friday, a record one-day increase.

As a region, Europe is reporting more daily cases than India, Brazil and the United States combined. The increase is partly explained by far more testing than was done in the first wave of the pandemic.

The United Kingdom, France, Russia, Netherlands, Germany and Spain accounted for about half of Europe’s new cases this week, according to a Reuters tally.

France, which is reporting the highest seven-day average of new cases in Europe with 21,210 infections per day, reported a record 30,621 cases on Thursday, according to the tally.

In the past seven days it has registered nearly 142,800 new infections, more than the 132,430 registered during the entire two-month lockdown from mid-March to mid-May.

French President Emmanuel Macron ordered a third of France’s population be put under nightly curfew on Wednesday, with the measure taking effect from Saturday.

The United Kingdom is reporting a seven-day average of 16,228 new cases per day, and has introduced a tiered system of tougher restrictions in some areas.