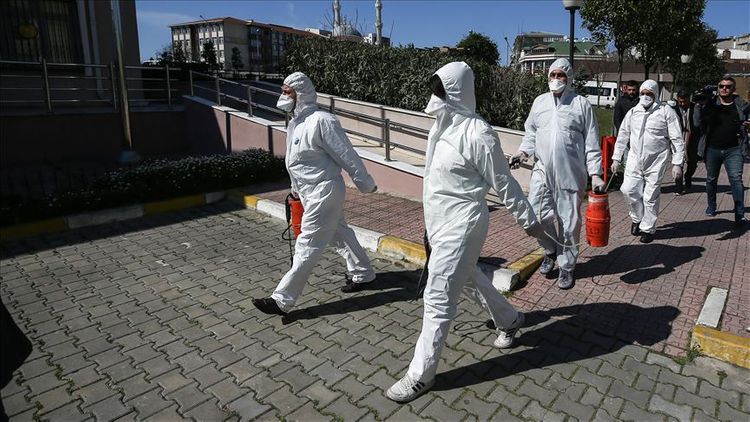 An expedition was launched for the return of Turkish citizens in these countries who were there for business, visiting family or education.

Some 3,614 Turkish citizens applied to the Turkish embassies in these nine countries to return.

They will be brought back on 34 Turkish Airlines charter flights by midnight, Turkey time (2100GMT) on Tuesday.

The first plane landed in Istanbul after departing from Munich at 10.05 a.m. local time (0905GMT), carrying 108 passengers, two of which were infants.

The plane's landing strip at Istanbul Airport was cordoned off from normal entry, with health teams in special protective gear standing by upon their arrival.

In addition, police and gendarmerie teams took security measures around the zone.

After health checks, the passengers will be taken to a student dormitory set aside as a quarantine facility in Istanbul.