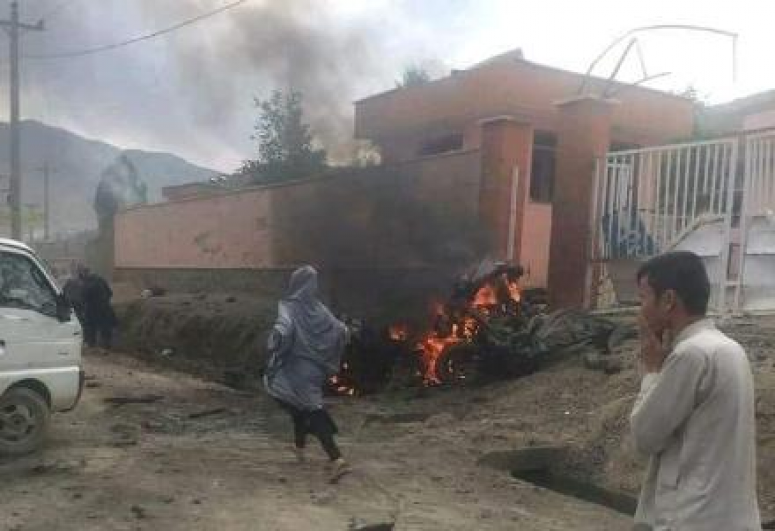 At least three blasts happened near Sayed-ul-Shuhada High School in west of Kabul on Saturday afternoon, the Ministry of Interior confirmed.

There are also reports that the blasts occurred as a result of three rockets.

No group or individual have so far claimed responsibility for the blasts.

The incident happened when students were leaving the school.

"A car bomb blast happened first, and then two more explosions occurred near the girls school in Kabul," said Ibrahim, a schoolteacher.

He added that the majority of victims are girls.

An explosion near a school in the western part of the Afghan capital Kabul has killed at least 15 people and wounded dozens more, a security official said on condition of anonymity, APA reports citing Canberratimes.

Interior Ministry spokesman Tariq Arian said there were casualties from the blast on Saturday but did not provide more detail on exact figures or what caused the explosion.

The cause was not immediately clear.

There was conflicting information about the possible cause, with some local media initially reporting three blasts caused by rockets, while other reports suggested the explosion was caused by a car bomb.

There was no immediate claim of responsibility for a possible attack.

Both the Taliban and Islamic State militant groups are active in Afghanistan.