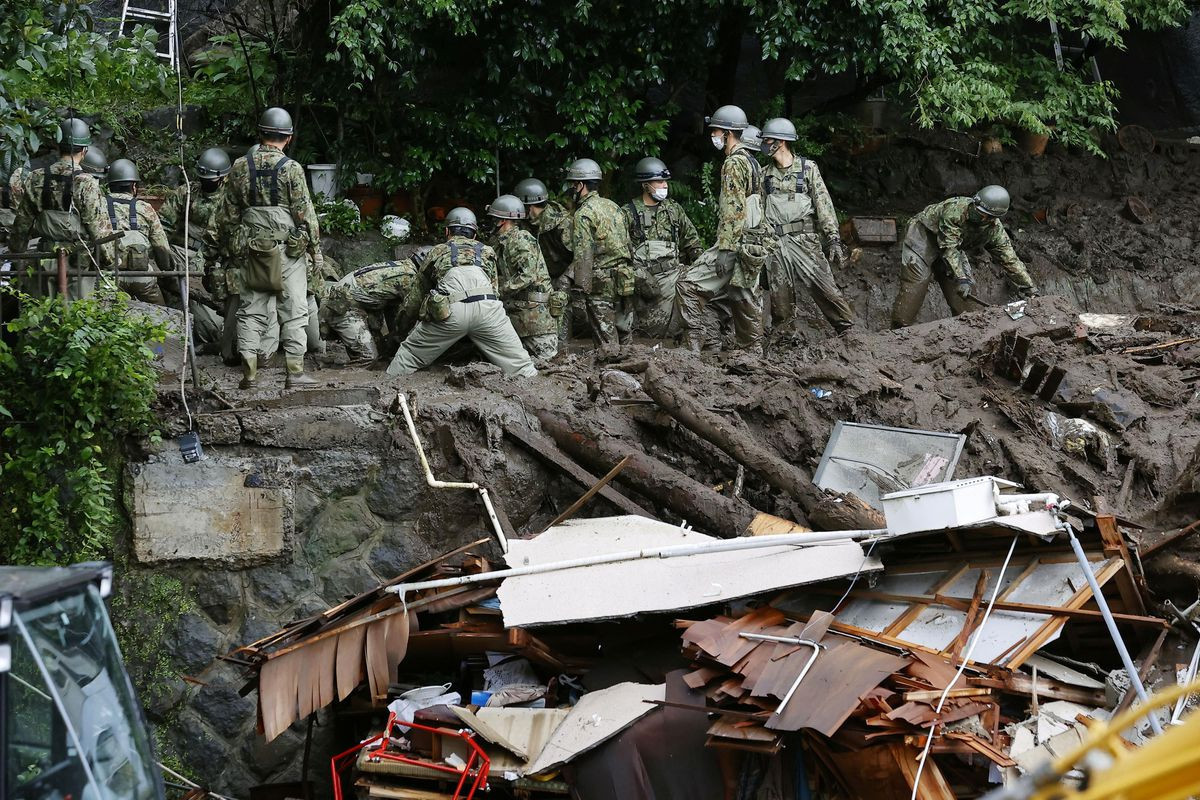 At least three people have been killed in the seaside town of Atami after torrential rains at the weekend touched off a succession of landslides to send torrents of mud and rock ripping through streets in one part of the city. In some places, more than a usual July's worth of rain fell in just 24 hours.

The torrential rain and landslides are a reminder of the natural disasters - including earthquakes, volcanic eruptions and tsunami - that haunt Japan, where the capital Tokyo is to host the summer Olympics beginning this month.