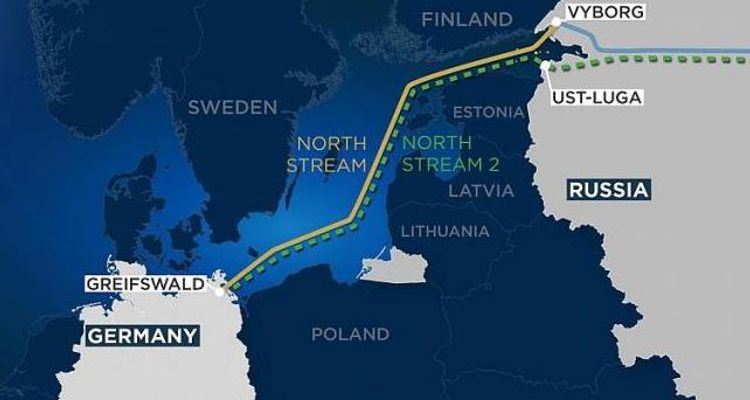 Construction of the Nord Stream 2 gas pipeline will be implemented in spite of the obstacles from the United States, Russia’s Ambassador in Washington Anatoly Antonov told Russian reporters on Saturday, APA reports citing TASS.

"In the past two days there was another wave that economic sanctions should be slapped on Russia because of Nord Stream 2. I can just say that the project will be implemented despite all the obstacles created for us by the United States," he stressed.

On Thursday, a group of US senators submitted a bill that would expand the U.S. sanctions against the Nord Stream 2 gas pipeline. According to Bloomberg news agency, the new sanctions will be imposed on the insurance companies that work with Russian vessels on completion of the project. As the result the sanctions will target the two vessels targeted by the sanctions: the Akademik Cherskiy and Fortuna, Bloomberg noted.

The Nord Stream 2 pipeline is set to run from the Russian coast along the Baltic Sea bed to the German shore through the exclusive economic zones and territorial waters of five countries - Russia, Finland, Sweden, Denmark, and Germany, thus bypassing transit countries of Ukraine, Belarus, Poland and other Eastern European and Baltic states. Each of the pipeline’s two stretches will have a capacity of 27.5 bln cubic meters. Gazprom's European partners in the project are Germany’s Wintershall and Uniper, Austria’s OMV, France’s Engie and Royal Dutch Shell.

The Switzerland-based Allseas, which laid pipes for the Nord Stream 2 pipeline, suspended its pipelay activities and withdrew vessels involved in the project due to the threat of the US’ sanctions in late December 2019.

In January, President Vladimir Putin said that the construction will be completed and the gas pipeline will be launched before the end of this year or in the first quarter of next year.