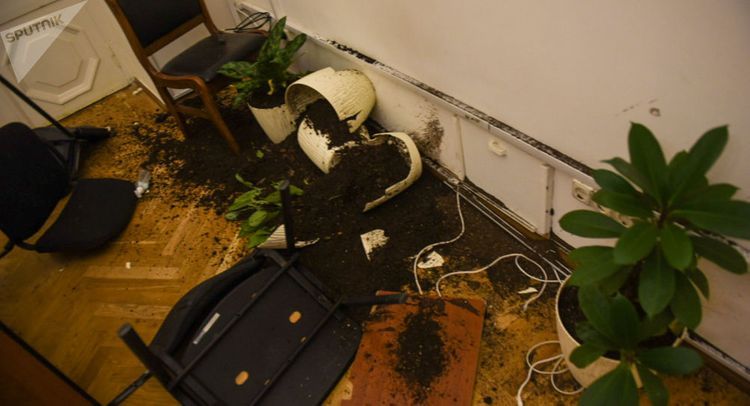 The suspected were detained on November 11.

Robbed things were found on two of the detained persons. Another part of the robbed things was found during the investigation regarding the third person. Robbed computer, watch, perfume, driver's license, military ID card, and other things of the Prime Minister were found.

The detained persons are charged with organization of mass rallies, accompanied with violence, robbery, destruction of property, disobedience to legal requirements of authorized representatives, calling on to change Constitutional structure of the country, threatening President, Parliament, government, and Constitutional Court by applying force, plundering, robbery of passport and other citizenship documents.