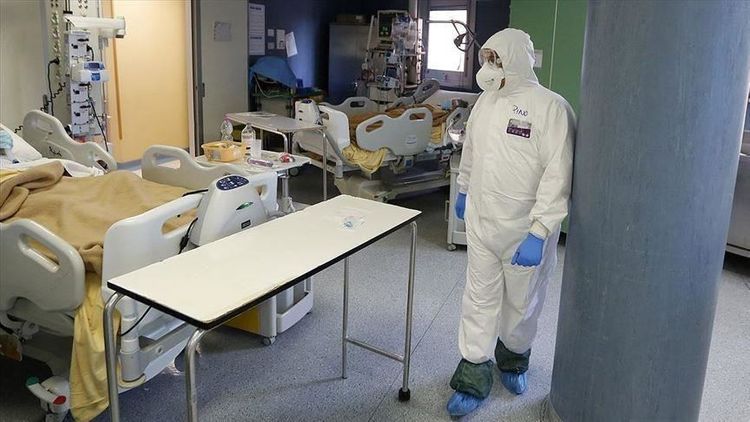 Italy on Tuesday reported 437 new deaths from the novel coronavirus, lower than a day before, bringing the total number of fatalities to 25,085, as the slowdown in the spread of infection continues, APA reports quoting Anadolu Agency.

According to the latest data released by the Italian Civil Protection Department, current cases fell for the third time in a row, by 10, to reach 107,699.

The number of recovered people climbed sharply to 54,543, while the number of intensive care patients continued to drop, easing pressure on Italy’s struggling healthcare system.

The epicenter of the Italian outbreak remains the northern Lombardy region, where fatalities continue to rise, reaching 12,740, more than half of the total.

The government is expected to unveil its plan for the recovery phase by the end of the week, as each region continues to push in a different direction, with a widening gap between the north and the south of the country.

The government will issue national guidelines, but region-specific differences will still be allowed depending on the intensity of the outbreak in each region. Key elements will be the mandatory use of masks, social distancing, contact tracing via a voluntary app, and creation of hospitals to treat COVID-19 patients exclusively.

As the country struggles to exit the peak of the crisis, recriminations and political divisions have already emerged. The opposition parties are attacking the government almost every day, raising doubts over Conte’s ability to provide the required leadership in the crucial phase of the emergency.

The novel coronavirus has spread to 185 countries and regions since emerging in China last December, with the U.S. and Europe being the hardest-hit areas in the world.

Nearly 2.6 million cases have been reported worldwide, with the death toll exceeding 180,000 and over 701,400 recoveries, according to data compiled by the U.S.-based Johns Hopkins University.