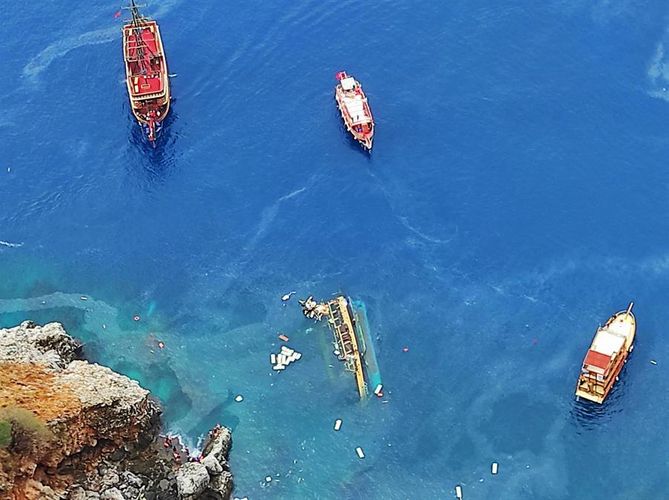 A total of 37 passengers were rescued from a boat which capsized in the Mediterranean Sea off southern Turkey, Turkish Coast Guard Command said Wednesday, APA reports citing Anadolu.

One body was also recovered from the tourist boat, which capsized off the coast of Alanya in the coastal Antalya province, said the coast guards.

Speaking to reporters, Alanya Mayor Adem Murat Yucel said the casualty, a 37-year-old foreign national, had been caught in a narrow area of the boat and was unable to get free.

In a written statement by Antalya Governorate, an emergency call was made by the tour boat, named Baba Selavi, being sunk with 33 Russian nationals and five boat personnel.

Acting on the emergency call, coast guards rescued 32 tourists along with five crew.

Commenting on the possible reason, Urkmezer said: "It may be windblown, but it will all become clear after the prosecution investigation."

The tour boat sank for unknown reasons some 50-100 meters (164-328 feet) from the Alanya Castle Phosphorus Cave, also known as the Blue Grotto.