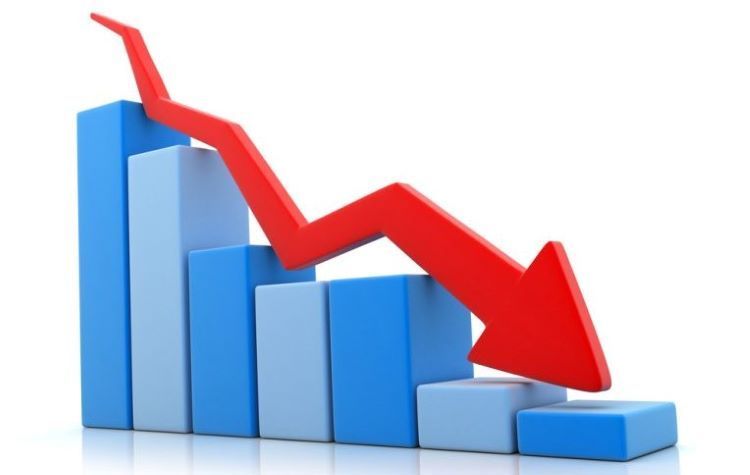 In January-August 2020, Armenian economy decreased by 6.4 percent. In Armenia, included in the list of countries implementing the most ineffective fight against the coronavirus (COVID-19) pandemic, in the first 8 months of this year, exports and imports have decreased, and the economic downturn has intensified.

According to the Statistical Committee of Armenia, amid the coronavirus crisis, the industrial sector, which was previously the driving force behind the country's economic growth, has faced stagnation. In the first eight months, the construction sector recorded a decline of 19.1%, trade - 11.5%, and the service sector - 10.8%. It can be predicted that Armenian economy is going to face the biggest catastrophe. So, the Armenian side, which violated the ceasefire and invaded Azerbaijan on September 27 this year, faced a counterattack by our country. The actions of the Azerbaijani army to liberate the lands and punish the enemy became a serious challenge for Armenia.

The evaluation of the Center for Analysis of Economic Reforms and Communication shows that Armenia has lost military equipment and ammunition worth US 2 billion US dollars. However, the country's losses cover not only military equipment and ammunition. The continuation of the war also increases the losses of the Armenian economy. According to the information provided, the occupying state has announced mobilization and started the process of recruiting citizens into the army. Complying with initial information, Armenia is trying to mobilize 210 thousand of its citizens and send them to the occupied territories. If number of economically active population of Armenia is 913 thousand people, this means that 23 percent of them will be out of work and go to war. The matter is that, the mobilized persons do not work and do not create added value. As a result, during the 4th quarter of 2020, the decline in Armenia's GDP will increase. Such course of processes increases the likelihood of economic recession in Armenia for the next year as well. It should be noted that in 2019, Armenia's GDP amounted to 6569 billion drams, or about 13.7 billion US dollars. Following the country's statistical information, 30.4 percent of GDP, or 1998.7 billion drams (4.2 billion US dollars) accounts for the 4th quarter.

We can predict that in the 4th quarter Armenia's GDP will face serious decline precisely under the influence of the ongoing war. According to our initial calculations, if 210 thousand citizens of Armenia are mobilized and sent to fight, then during the 4th quarter of 2020 the level of GDP may decrease daily by 10.7 million US dollars, or by 1 billion US dollars for the entire quarter. It should also be noted that when the war ends, it would take a long time to return citizens who were called to serve back to production. The resumption of suspended production will face new challenges (loss of customers, etc.).

Our best scenario calculations demonstrate that against the loss of workforce in economic sectors and corresponding reduction in capital, production capacity of Armenia’s economy will weaken. As a result, due to the aggressive war, daily GDP will increase by 3,4 million US dollars. According to our worst scenario calculations, the situation in Armenia will become even more depressing. As we can see, the calculations for two scenarios (good and average) show that in any case, war will lead to the collapse of the Armenian economy. We forecast that within two weeks of the war, Armenia’s GDP as a whole will decrease within 47.6-149.8 million US dollars.

Our calculations show that against the background of these events, a reduction in exports will be inevitable for Armenia. For information, it is worth noting that the value of Armenia's exports for 8 months of this year amounted to 1.57 billion US dollars and exports decreased by 6 percent. We should also take into account the news about the suspension of work in the export-oriented mining industry in Armenia. This means that the occupational war will be succeeded by an acceleration of exports reduction, and as a result, the deficit in Armenia's trade balance will increase.

On the other hand, the reduction in domestic production will force Armenia, which has limited foreign exchange resources, to increase imports, especially food.

If Armenia does not back down from its occupation policy and wages a longer war, then the country will face even more drastic economic consequences. Along with 2020, Armenia will experience serious economic problems in 2021 as well. Consequently, these losses may increase with the intensification of the coronavirus pandemic and war. As a result, this will lead to the increase of the poverty of the population and bankruptcy of the state.