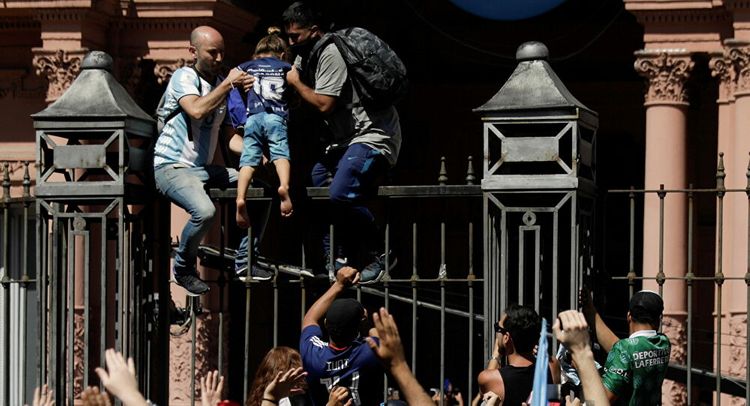 The funeral ceremony to pay tribute to Argentinian football star Diego Armando Maradona has been suspended in Buenos Aires, as citizens are trying to access the government palace, the TN broadcaster reported on Thursday, adding that the casket was about to be removed.

The funeral procession will head to the cemetery in the town of Bella Vista, about 22 miles from Buenos Aires, where Maradona's parents are buried.

Police forces have been mobilised to contain the large crowd gathered in the vicinity of the Casa Rosada, the official residence of the Argentinian president, after furious fans broke fences to enter the palace.