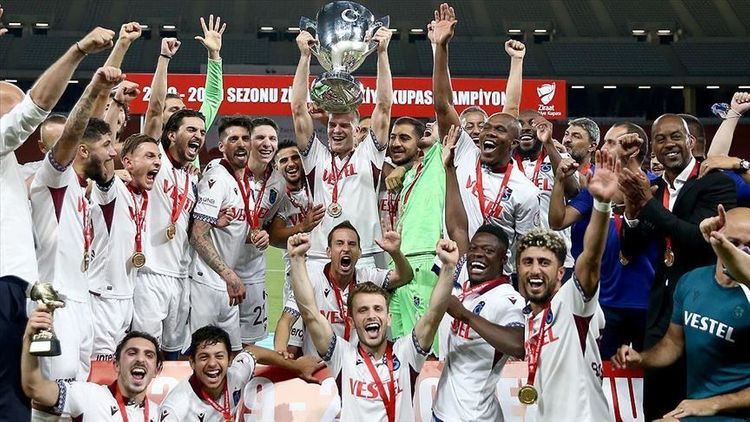 Trabzonspor took the lead when Norwegian forward Alexander Sorloth crossed the ball into the goal area and Turkish midfielder Abdulkadir Omur flicked it into Alanyaspor's net for the 1-0 score.

In injury time in the second half, Alanyaspor forward Papiss Cisse's equalized with header but the goal was disallowed because of an offside call.

Near the end of the match, Sorloth added an insurance goal on a counterattack at Istanbul's Ataturk Olympic Stadium for the 2-0 win.

In the second half, Trabzonspor left back Filip Novak faced a serious head injury and was taken to hospital.

Omur was named the man of the match. Trabzonspor's Turkish goalkeeper Ugurcan Cakir and Argentine midfielder Jose Sosa lifted the trophy during the cup ceremony.

It was Alanyaspor's first final, returning home with a silver medal.

Galatasaray has the most trophies in Turkish Cup history with 18.