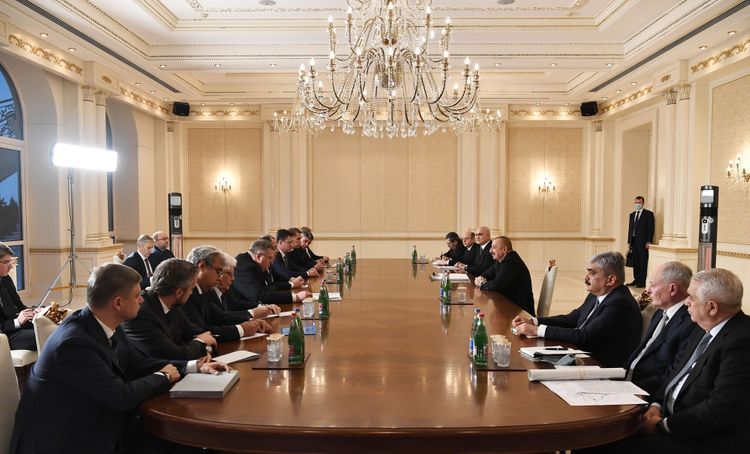 President of the Republic of Azerbaijan Ilham Aliyev has received Minister of Foreign Affairs of the Russian Federation Sergey Lavrov.

APA reports that a Russian interagency delegation, including deputy prime ministers Alexander Novak and Alexei Overchuk, Minister of Health Mikhail Murashko, Head of the Federal Service for Surveillance on Consumer Rights Protection and Human Wellbeing (Rospotrebnadzor) Anna Popova, Chief Executive Officer and Chairman of the Executive Board of Russian Railways JSC Oleg Belozerov were present at the meeting.

Dear members of the delegation.

I am glad to welcome you to Azerbaijan. It is nice to see you again. I am glad that you are visiting us with such a large delegation. The composition of the delegation is evidence of the agenda of today's discussions. In general, the agenda of our relations is quite extensive and covers all areas. But today, of course, we will first of all talk about the issues related to the implementation of the trilateral statement, which was signed by the presidents of Russia, Azerbaijan and the prime minister of Armenia, as well as issues of strengthening security measures in the region.

A promising new situation has emerged in the region. I am confident that positive trends will continue to grow. In any case, Azerbaijan is ready for this and today we will discuss in detail our vision of how we think the region will develop. Of course, the trilateral statement is an important step towards establishing a strong and lasting peace in our region. I would like to emphasize the personal role of the President of the Russian Federation Vladimir Vladimirovich Putin, who very actively and effectively participated in the development of the text of the agreement, and the fact that the agreement is being successfully implemented is largely due to the fact that this text also contains the signature of the President of the Russian Federation.

I would also like to note the important role played by the President of Turkey Mr. Recep Tayyip Erdogan in strengthening security measures in the region. In general, I think that the format of cooperation both in terms of the peacekeeping mission and in terms of the long-term cooperation in the region is acquiring new outlines today. I think that this meets the fundamental interests of the countries of the region because countries of our region should certainly play a leading role, including the matters of strengthening security. What was agreed in the trilateral statement suggests that, with goodwill and a constructive approach, it is possible to resolve issues that previously seemed insoluble.

We are well aware of all the vicissitudes of the settlement process. But I am glad that we have managed to reach the decisions that will allow both the people of Azerbaijan and the people of Armenia the opportunity to live in peace, to try to heal the wounds of war, to try to think about the future, about a common future, a safe future for us, for our neighbors, and thus contribute to the strengthening of security in our region.

We are also glad that other members of the Minsk Group who did not directly participate in the elaboration of provisions of the statement have also expressed their attitude, a positive attitude towards the text of the statement, albeit with a slight delay.

Of course, we had the right to expect a more prompt reaction from them, but apparently there were certain factors that did not allow them to develop a position. But as they say, it is better late than never. I know that a meeting of representatives of the OSCE Minsk Group was held in Moscow. I think that their positive approach to the statement will also play an important role in strengthening security measures and long-term peace.

I would also like to note that I fully share the position of the President of the Russian Federation who expressed hope not to hear the phrase “Nagorno-Karabakh conflict” again. I also hope I will never hear it again. And when we talk about Nagorno-Karabakh, we will only hear news related to the development, elimination of the consequences of the war and reconciliation of the countries that were once at war with each other.

Welcome again. We are always glad to see you and look forward to constructive work today.

-Thank you very much, dear Ilham Heydar oglu. First of all, I would like to convey the warmest greetings of the President of the Russian Federation. We are here as part of an inter-ministerial delegation based on your agreement that we would carry out such a visit in a fairly short time. And this reflects our intentions, the intentions of the President of the Russian Federation to support, actively support efforts to implement the agreements of 9 November and, at the same time, emphasize the special strategic nature of our partnership with the Republic of Azerbaijan. The conversations that will be held with our colleagues in their areas of our interaction today will, of course, be aimed at ensuring that our bilateral relations advance and flourish for the benefit of our peoples.

We highly appreciated the position of Azerbaijan in support of the 9 November statement. As you said, dear Ilham Heydar oglu, not everyone immediately perceived this agreement correctly, trying to interpret it not from the point of view of the result, which consisted in stopping the bloodshed, in the transition to a peaceful life, in establishing a recovery process, and in solving humanitarian problems, and attempted to interpret it through the prism of geopolitical games, which, of course, does not meet the requirements of the modern world. We particularly appreciate the fact that the President of Azerbaijan, dear Ilham Heydar oglu, always emphasizes the task of reconciliation in this region, which, as we are deeply convinced, is the whole point of further work if we really think about the people and not about some introduced interests.

Through our peacekeepers, together with our Azerbaijani colleagues and with the participation of the Armenian side, we actively coordinate specific ways of solving humanitarian problems in the interests of returning people. This is about the arrangement of civilian infrastructure, the establishment of everything necessary to unblock economic and transport communications and, of course, the involvement of international organizations, the Red Cross, UN agencies on refugees, food affairs, children's problems, UNESCO, which should be more actively involved in the issue of preservation of cultural and religious heritage in this ancient region.

And, of course, we expect the co-chairs of the OSCE Minsk Group, who have been leading the political process together with Russia for many years, to join the solution of these issues on the basis of the agreements of 9 November. As you and President Putin have repeatedly stressed, this is in line with the principles that have always underpinned the activities of the OSCE Minsk Group.

Thank you very much for your hospitality.

President Ilham Aliyev thanked for Vladimir Putin`s greetings and asked the minister to extend his greetings to the Russian President. 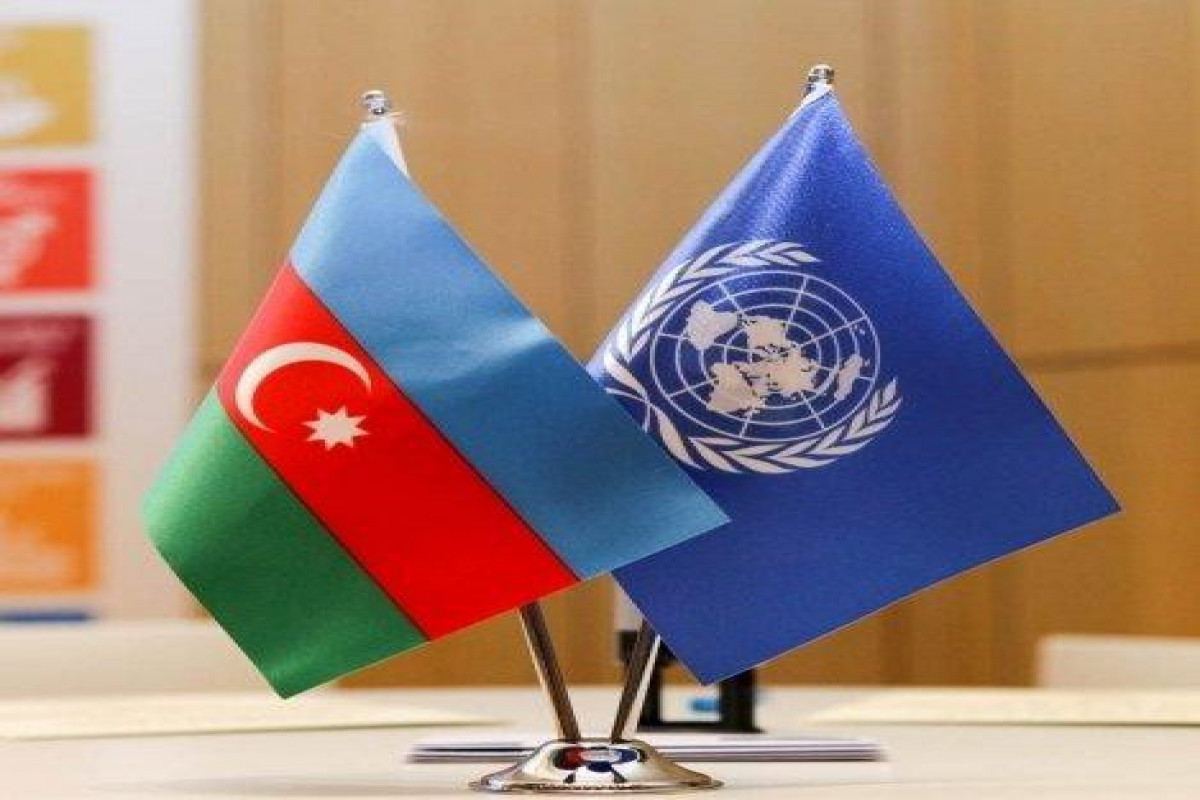 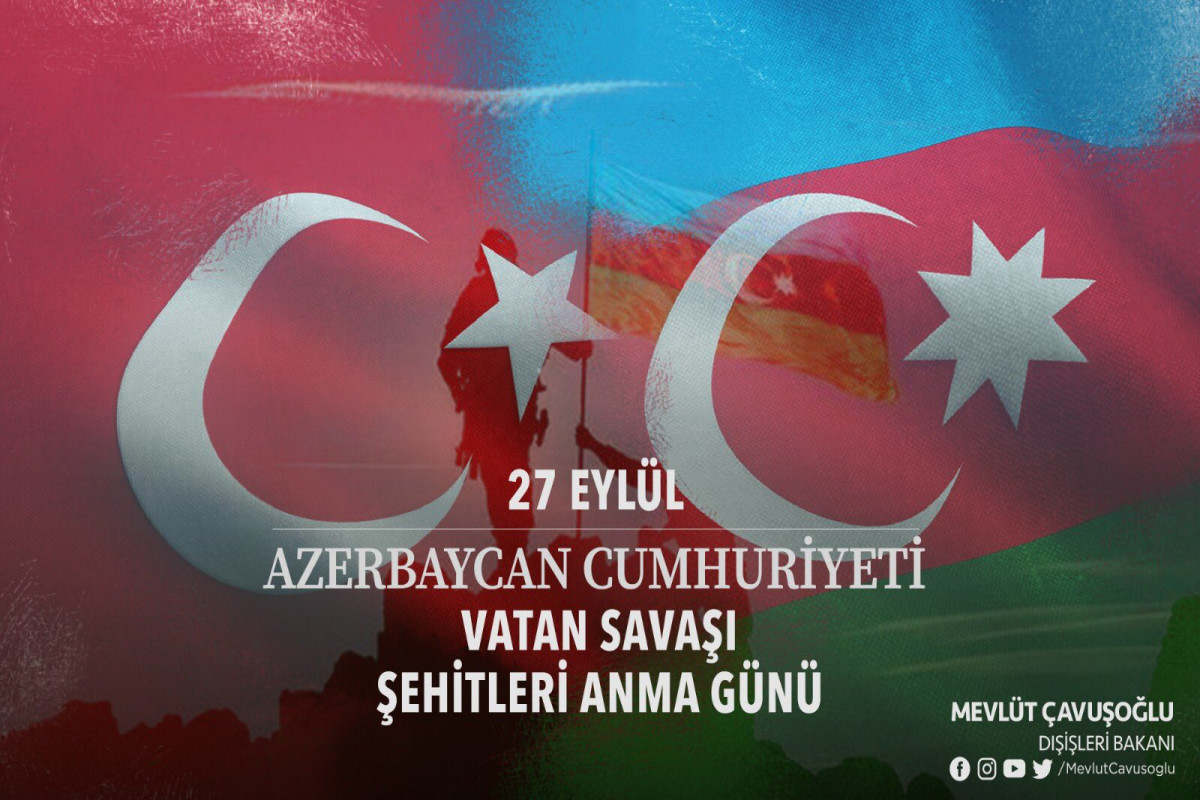 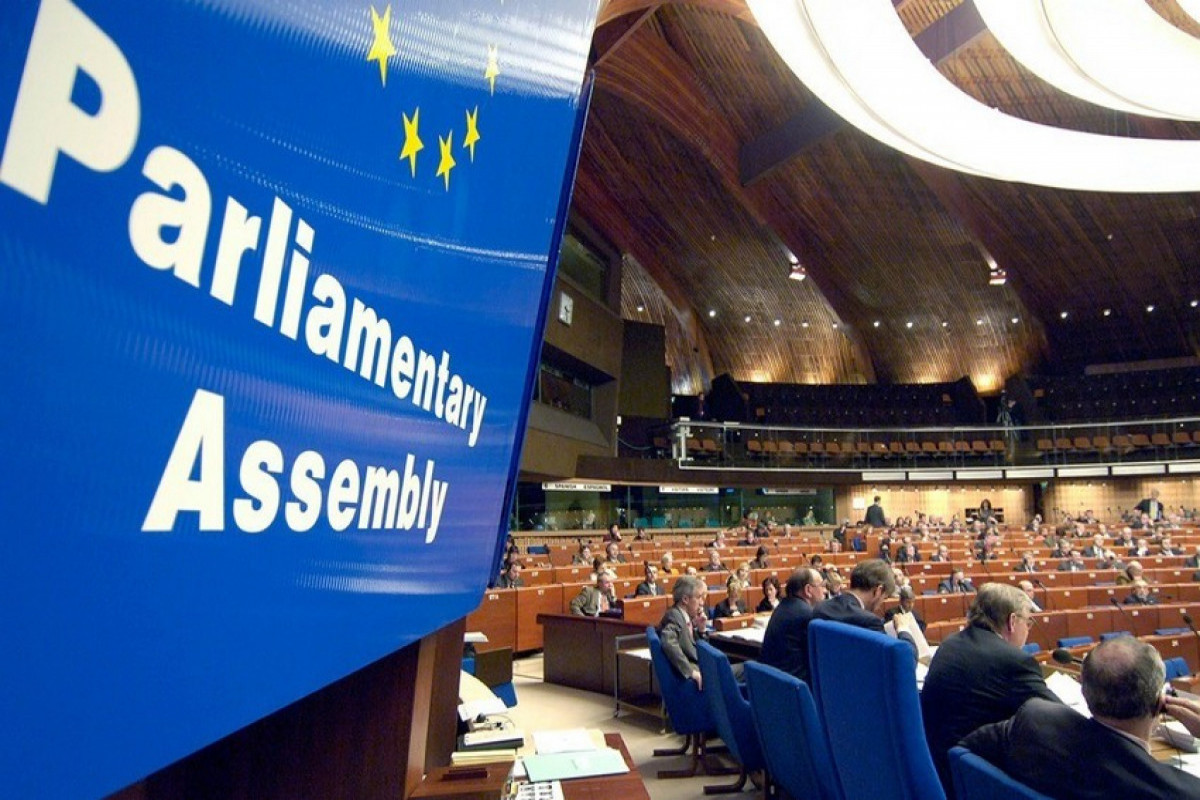 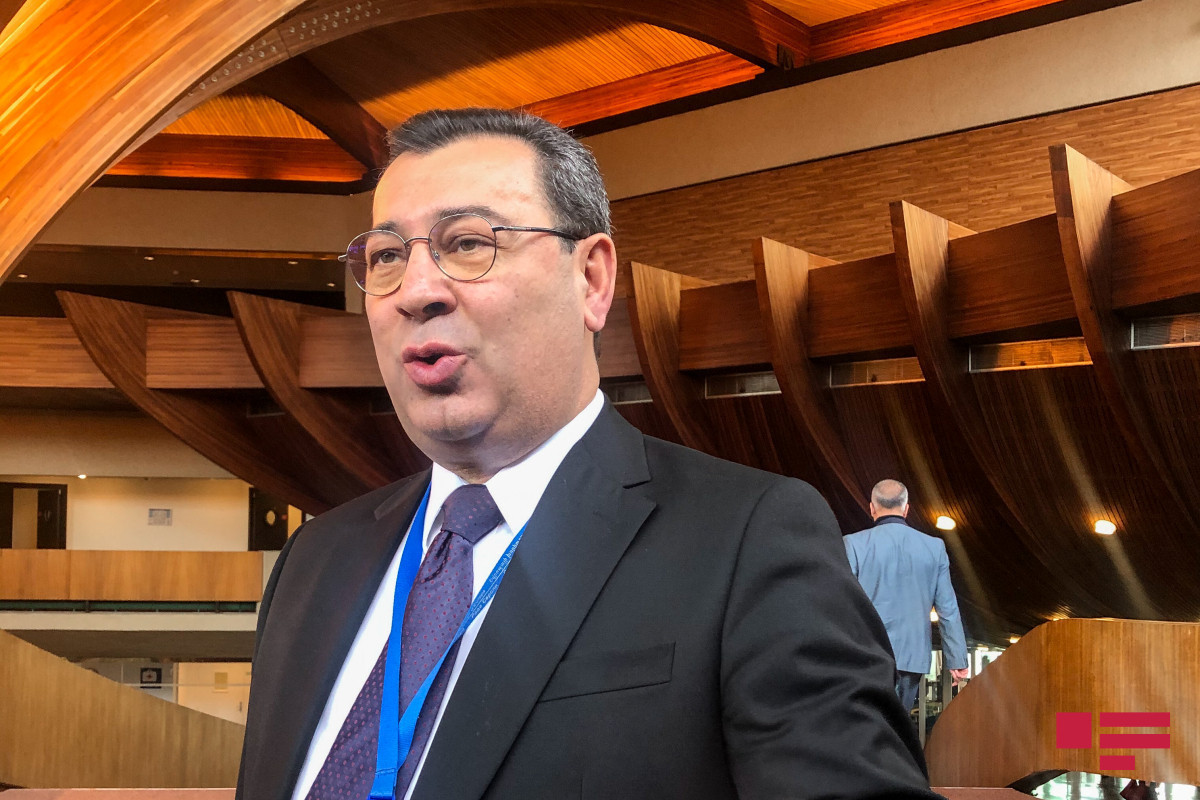