Can Azerbaijan be an Islamist threat to Europe? Social and historical facts beyond discourse - ANALYTICS 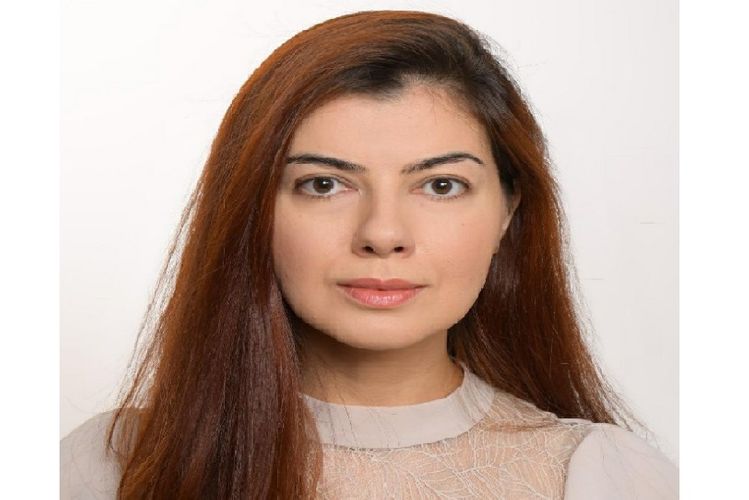 Last week a French politician serving as a member of the National Assembly, Valérie Boyer, launched a motion “for a resolution by the French Parliament on condemnation of Azerbaijan and Turkey and recognition of the so called “Republic of Artsakh””. The main argument of Madame Boyer, which she defined as “to oppose Azerbaijan’s advance to Nagorno Karabakh, is also to oppose the expansion of Turkish Islam throughout Europe."

Such definition might sound quite alarming and involving, if only the “Azerbaijan’s advance and the expansion of Turkish Islam” could have any grounds. Madame Boyer is clearly aiming to provoke panic in the minds of her fellow senators in the French Parliament and in anyone else who might be equally uninformed or willingly pretend to lack substantive knowledge.

Indeed, Madame Boyer should be thanked for this opportunity to set matters clear, as the extent of the falsehood in this particular definition is reaching preposterous proportions.

First of all, it looks like Turkey becomes a scapegoat in this matter simply because it is recently speaking out in a more decisive manner its spiritual support to Azerbaijan. Where was France in 1988 when Azerbaijan was loosing its territories in Karabakh? Why France didn't like that Armenia recognized the so called "Artsakh" and why it was not already  mentioning the "Turkey threat" over 30 years ago?

Let's accept that the territorial integrity of Azerbaijan, which has been recognized by UN resolutions and is indeed as precious to its patriots as the territory of France for French citizens, doesn't have to Madame Boyer any importance. Yet, at this point we have no other choice than underlining the fact that the French style indifference to the independence of other countries – see the recent unilateral occupation of Mount Blanch summit, historically in the Italian territory -, persistently neglected by concealing the ongoing colonial usurpations perpetrated by France to many African countries, fortunately is not finding supporters on the case of Azerbaijan among the majority of UN member countries.

The attempt of influencing the public opinion based on misnaming facts is also unfounded and tells more and better about Mrs Boyes's attitude. "Expansion of Turkish Islam through Europe" is the definition that is presented as a threat which, although Turkey is sponsoring the growth of new mosques according to European laws, is nothing more than an attempt to alarm those who are not aware that ethnic Anatolian Turks do not belong to any extreme Islamic factions and have nothing to do with any religion related crimes committed so far in France or overall in Europe.

Another completely senseless point is trying to link Azerbaijanis to any extreme Islamic religious formations. Such an attempt can be done only by those who have absolutely no idea about Azerbaijan, its ethnic diversity and historical importance in the aspect of peaceful coexistence of religions on its territories. Indeed, Azerbaijan is a unique country in which Shia and Sunni Muslims have no hostility towards each other, in which Jewish synagogues, Catholic and Orthodox churches are performing their sacred services regularly, while Armenian church has been peacefully existing up to this days in the city center of the capital Baku.

Yet, if all these arguments might still seem not enough, I would like to provide the facts that are related to the achievements of Azerbaijan in the context of historiography of women rights.

Indeed, Azerbaijan is the first Muslim country to have given the right to vote and being elected to women in 1918, when such rights where not granted even in France and many other so-called liberal countries. While French women and many others all over the world were struggling as suffragettes for their basic rights, underpaid because of their gender, giving their lives to resolve all those matters, Azerbaijani intellectuals together with their wives were working on granting the right to education in secular schools to girls, again first time in the Muslim world in 1901.

Azerbaijan is also the first Muslim nation that built its own Opera House (1908) and established a Ballet (1920). Our Theatre history following the European tradition is 147 years long.

The truth is that we gave our women their rights 102 years ago, Madame Boyer. We are the pioneers and champions in terms of numerous achievements in the Islamic world on women's rights, modernity and civilized society.

Can such a nation represent any kind of threat to Europe?

We are not a danger to the educated and humanistic world! On the contrary, we are those that separate religion from politics and stand for secularism! Azerbaijan's achievements in all those fields along with peaceful coexistence of religions and multiculturalism is indeed the one that should be cherished and promoted by Europe!

Please remember, if you lose us the world might become darker and sad, insecure and overwhelmed with hatred.

At the end, Madame Boyer might keep applying to the Senate of French Parliament to condemn Azerbaijan and Turkey, the same Senate which actually is known for blocking the rights of French women to vote over and over for 25 years in between 1919 - 1944.

We will simply reply with the words of Aleksandr Griboyedov, a Russian poet, writer, composer, orientalist and diplomat, the Envoy of Russia who took part in planned settlements of Armenians in the Karabakh Khanate after the truce on lands of Azerbaijan between Russian Empire and Iran in 19th century and predicted then in despair the clashes, as a result of Russia’s expansionist policy. The words uttered by one of Griboyedov's comedy characters Chatsky stands undeniably engraved in gold letters into the history of literature exclaiming: "... And who are the judges?"