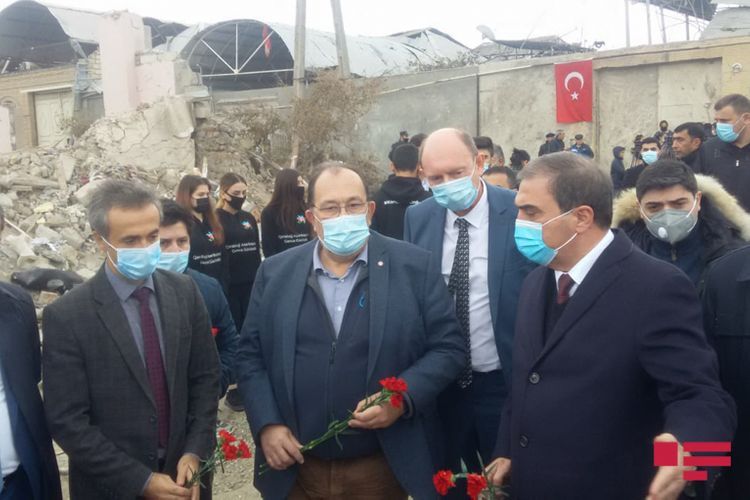 According to him, they had planned to pay a visit to Azerbaijan before the ceasefire was signed: “We wanted to come here to support the country that lost part of its land in the early 1990s. However, before arrival, we were informed that Armenia had already lost and signed a capitulation document. Peace is beautiful, but peace within rights is more beautiful. We decided to visit Ganja. Because the events we all know happened in Ganja as well. A few days ago, the conflict was ended. The deliberate bombing of areas settled by the civilian population is a war crime. The events we saw in Ganja prove it to us once again.”