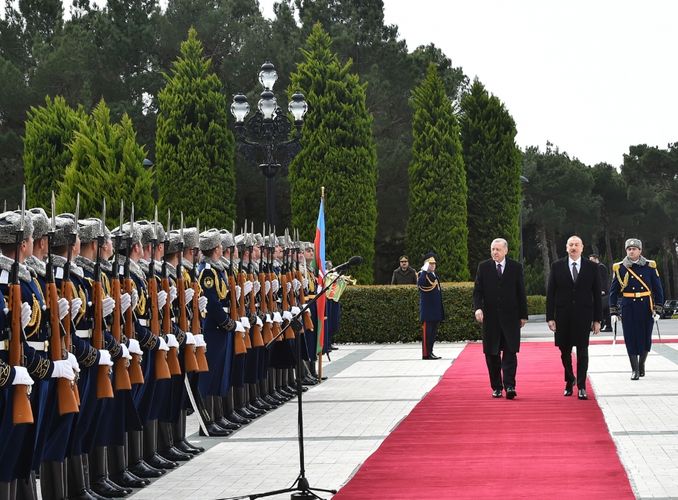 An official welcome ceremony has been held for President of the Republic of Turkey Recep Tayyip Erdogan, who is on a visit in Azerbaijan, APA reports.

A guard of honor was arranged for the Turkish President in the square decorated with the national flags of the two countries.

The chief of the guard of honor reported to the Turkish President.

The national anthems of Turkey and Azerbaijan were played.

State and government officials of Azerbaijan and Turkey were introduced to the presidents.

The guard of honor marched in front of the heads of state to the accompaniment of a military march.

The presidents posed for official photos. 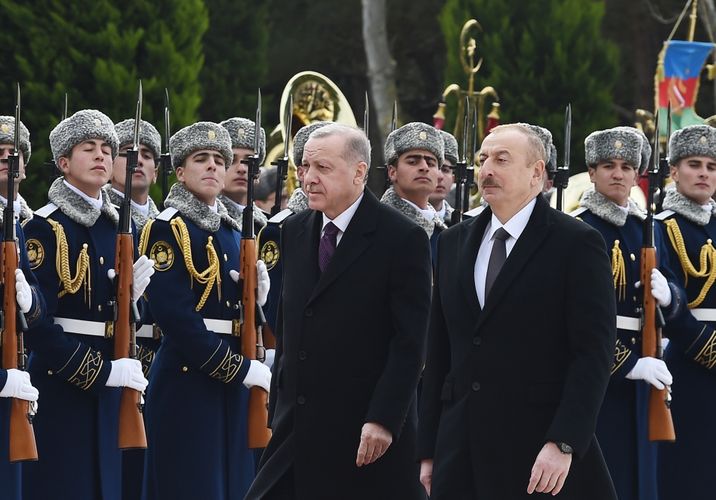 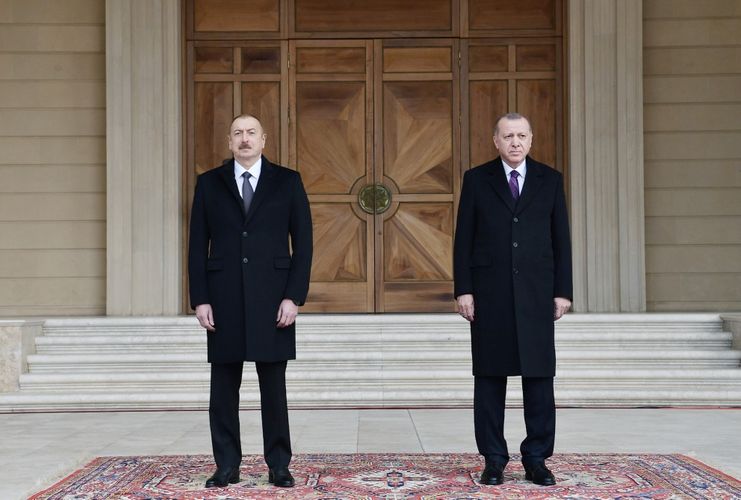 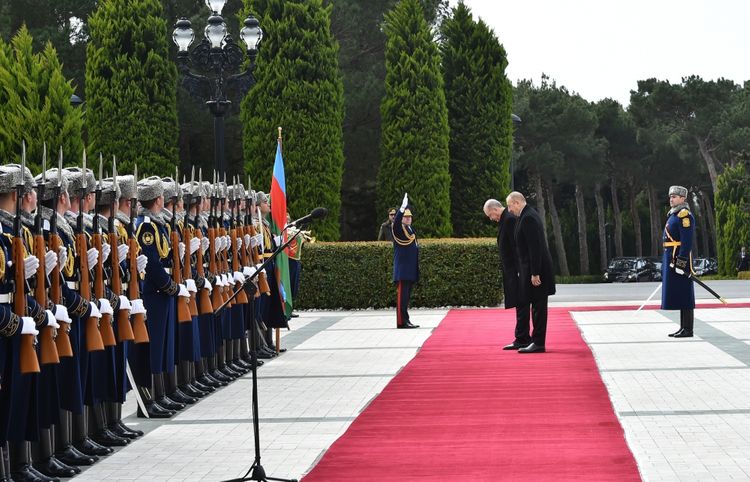 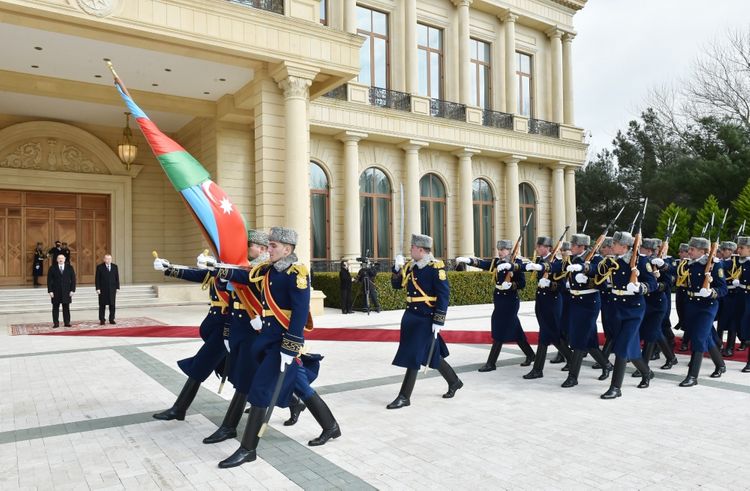 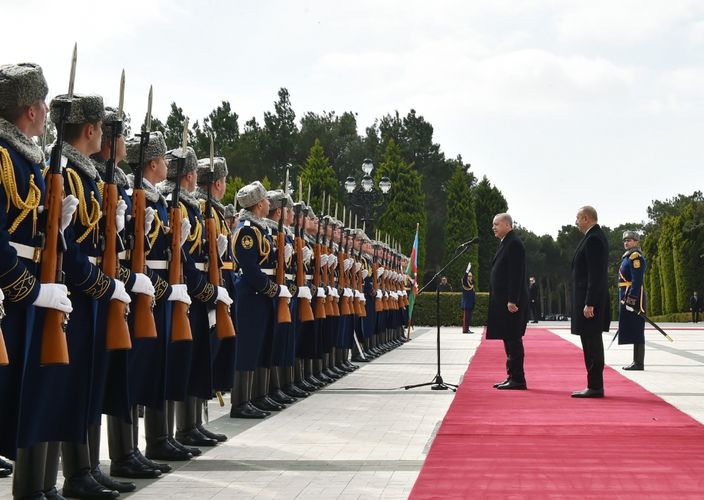 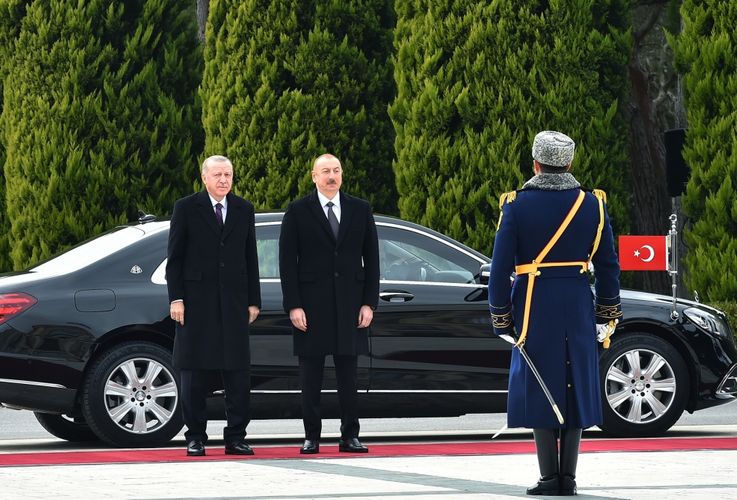 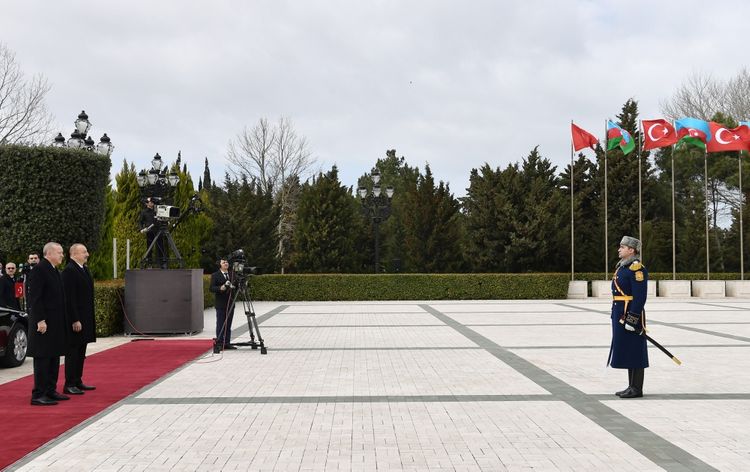 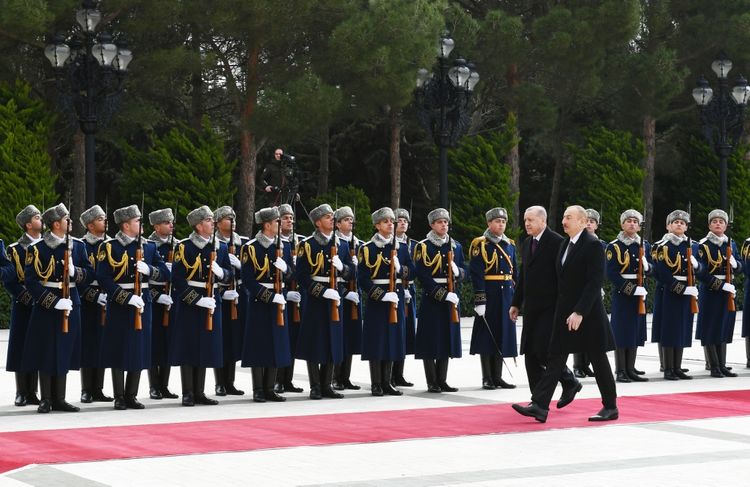 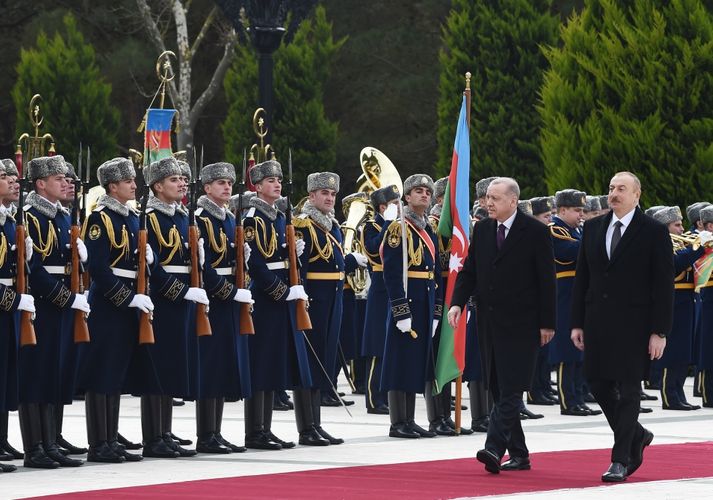 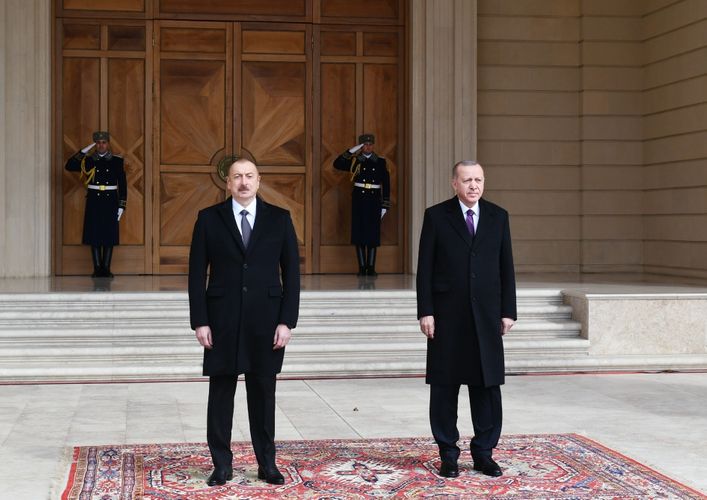 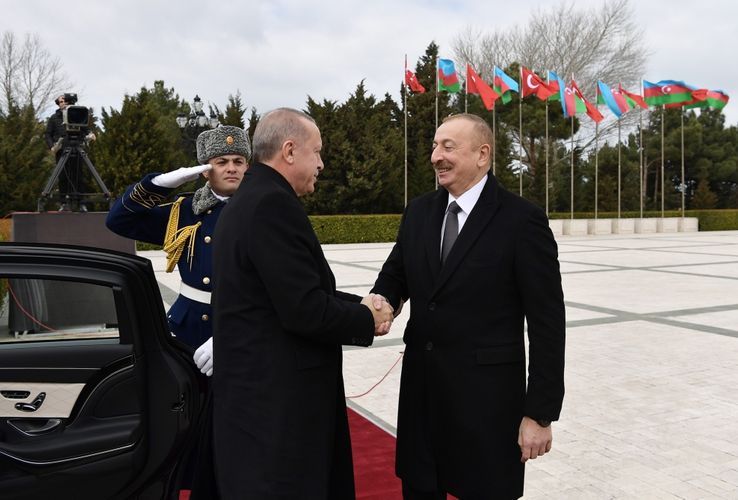 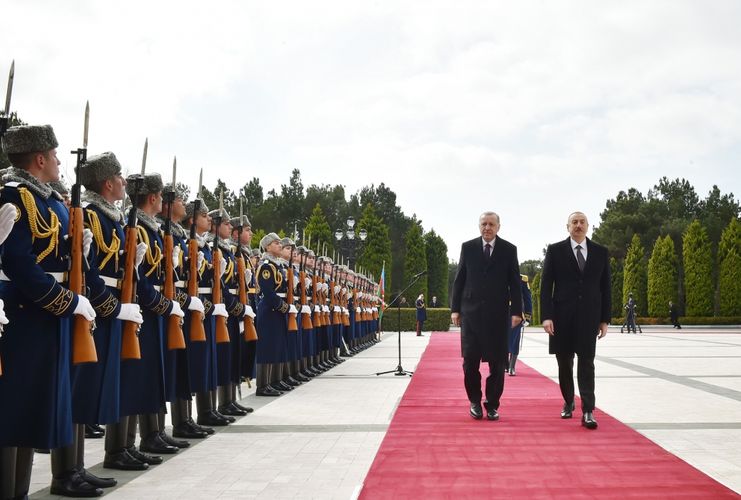 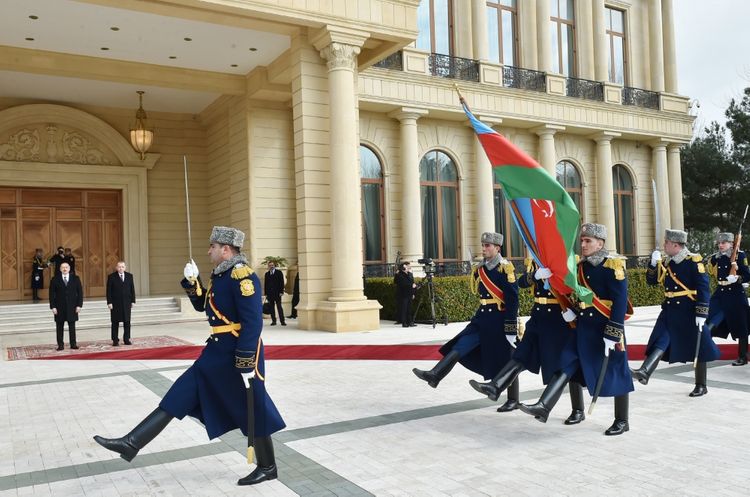 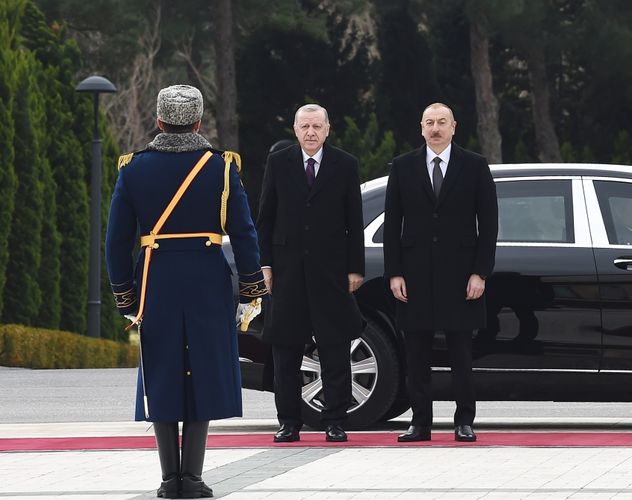 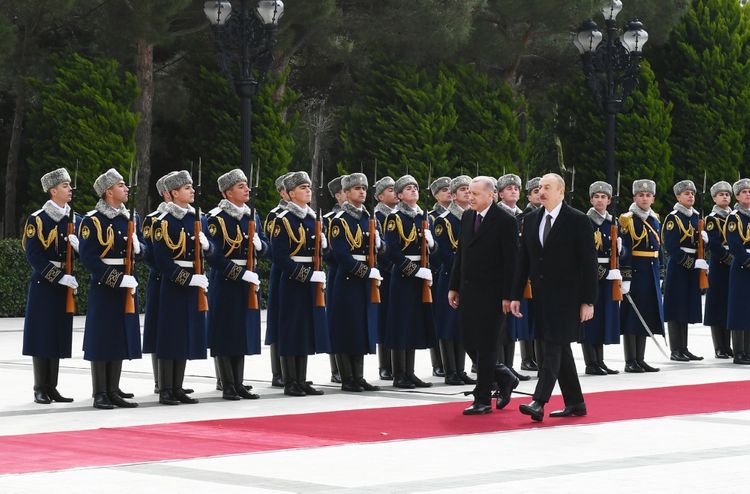 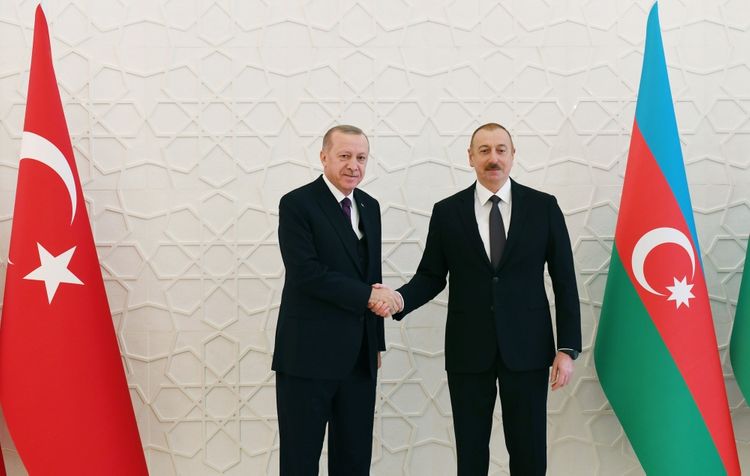 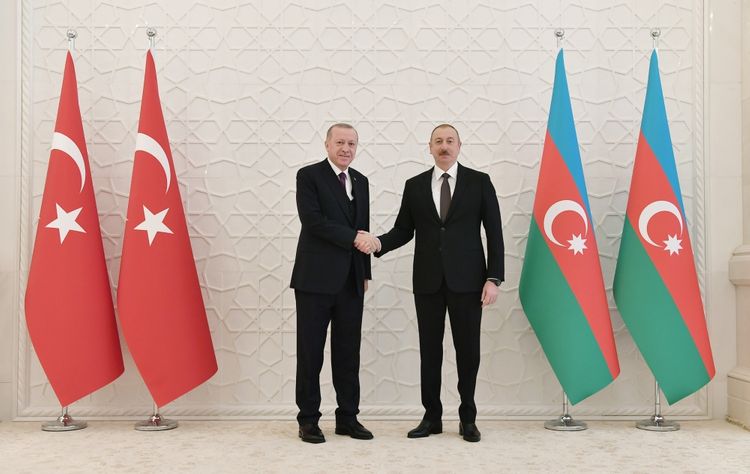 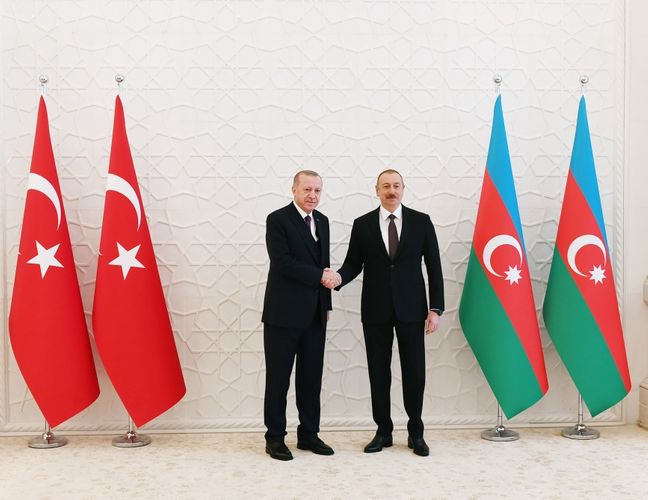