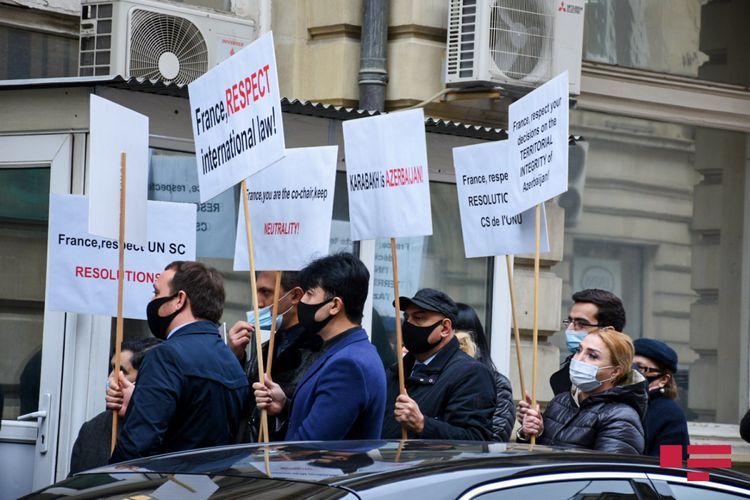 A picket has been held today by the representatives of several non-government organizations in front of the Embassy of France, APA reports.

Participants have raised banners prepared in English and French, voiced slogans such as “Garabagh is Azerbaijan” , “France be fair”, “Respect international law”.

Nargiz Khalaf, a board member of the Organization for European Integration of Azerbaijani Youth, said they had come to the French embassy on behalf of civil society: “The issue on recognition of so-called “Nagorno-Karabakh republic” will be discussed in French senate. This is an issue that not to be discussed. All the world and international organizations recognize the territorial integrity of Azerbaijan. There are relevant resolutions of the UN in this regard. As Azerbaijani civil society, we protest against the discussion of this issue by the French Senate. We are here to submit an appeal to the French embassy prepared based on the proposal of 13 organizations. We want the appeal to be passed to the senate through the embassy."