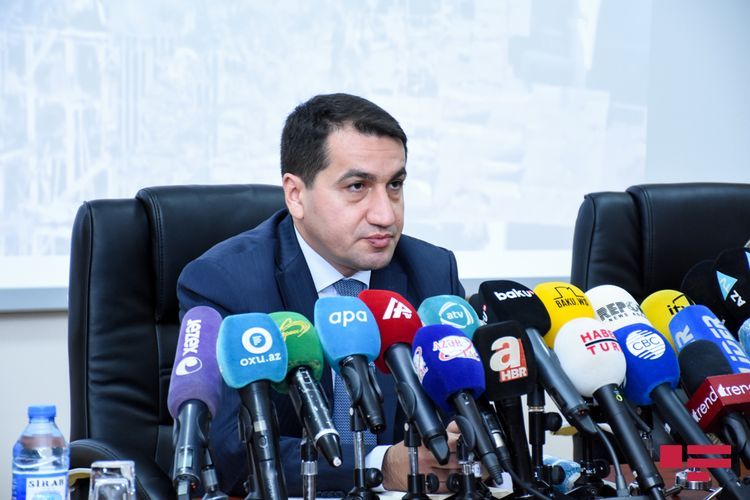 “Provocations committed by Armenian armed forces 2 minutes after the declaration of a temporary humanitarian ceasefire,” said Assistant of the President of the Republic of Azerbaijan, Head of Foreign Policy Affairs Department of the Presidential Administration Hikmat Hajiyev at the briefing held for representatives of diplomatic corps at the ADA University, APA reports.

He stated that the Azerbaijani Army responds to Armenians decently: “As a result, a number of our villages were liberated. Supreme Commander-in-Chief also gave the good news to our people on his Twitter account.”

Assistant to Azerbaijani President noted that the situation on the frontline is tense, and the Azerbaijani Armed Forces are responding to the provocations of the enemy decently.