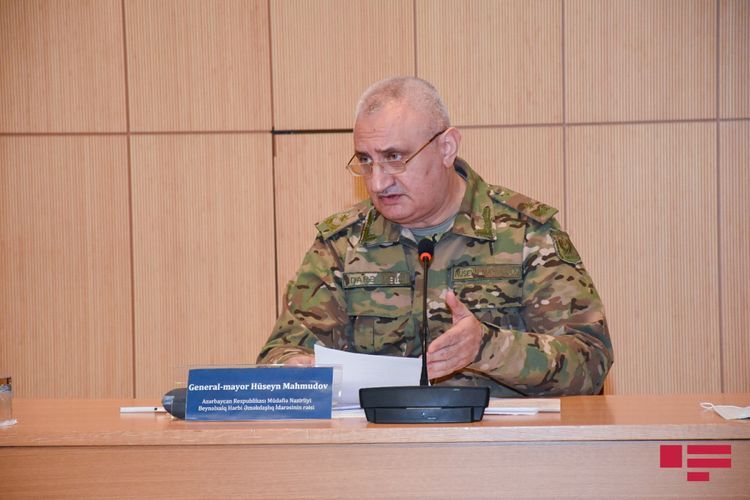 “Armenian Armed forces by abusing temporary humanitarian ceasefire regime, a few minutes after 00:00 on October 18 attacked our positions in Jabrayil and Hadrut direction,” said Chief of the International Military Cooperation Department of the Ministry of Defense Major General Huseyn Makhmudov at the briefing held for diplomatic corps in ADA University.

“Armenian army also attacked in Fuzuli, Aghdara direction. Armenians tried to seize back the liberated territories of Jabrayil, but they had to flee the battlefield,” said H. Makhmudov.