Secretary General: “Turkic world stands with Azerbaijan in this war” 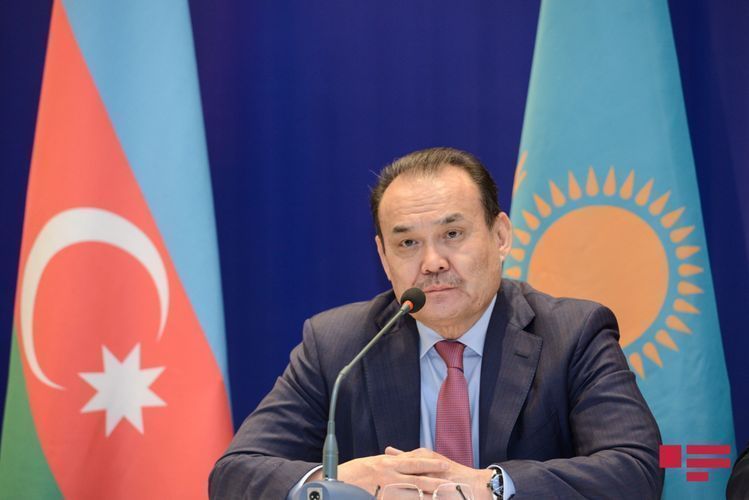 “We have been closely following the developments since the military operations started,” Baghdad Amreyev, Secretary-General of the Cooperation Council of Turkic-speaking States who is on a visit to Azerbaijan’s Ganja city told reporters, APA’s local bureau reports.

Mr. Amreyev stated that the Turkic-speaking states, the Turkic world and the Turkic Council unconditionally support Azerbaijan's legal right to liberate the territories that are under occupation.

“This is reflected in all international documents,” Secretary General emphasized.

Reminding 4 resolutions of the UN Security Council Baghdad Amreyev noted that OSCE, OIC, especially Turkic Council have adopted decisions which express support to Azerbaijan fighting to liberate its territories from Armenian occupation: “The war is continuing. This war is a fair war for Azerbaijan and brotherly Azerbaijani people, it is a war of freedom, a war of homeland. We stand by Azerbaijan in this war. We wish peace and victory to friendly Azerbaijan.”

He also stressed that he acts in favor of a peaceful solution to the conflict based on Azerbaijan’s territorial integrity and according to resolutions of the UN Security Council.

The General Secretary condemned the shelling of Ganja City by the Armenian armed forces: “Ganja City is situated far from the conflict zone where the military operations are conducted. The civilian populations shouldn’t be subjected to fire. This can’t be justified by anything. We resolutely condemn this and also call on the international community to condemn the occurrences in Ganja. I extend my condolences with deep sorrow to people who lost their relatives as a result of the rocket strikes, and I wish recovery to the wounded people”.