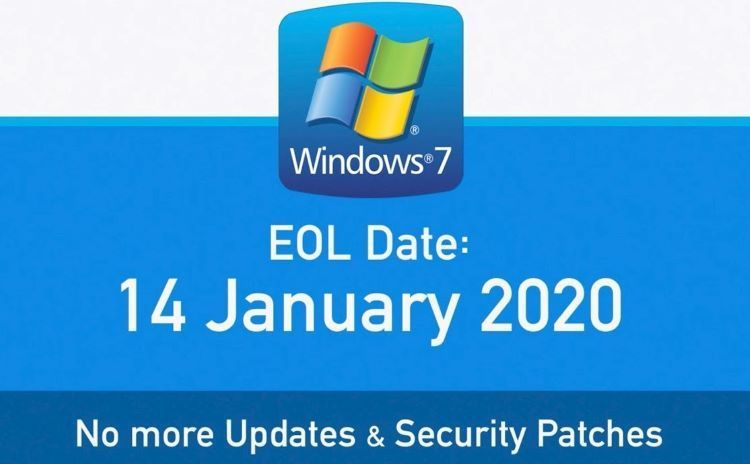 Millions of PCs will stop receiving security updates from tomorrow as Microsoft ends support for its Windows 7 operating system, APA-Economics reports citing the news, disseminated by the Company.

The technology giant will use full-screen pop-up notifications on devices running the decade old system to try to convince users to switch to the newer Windows 10.

With a market share of more than 25 per cent, Windows 7 is still the second most used operating system after Windows 10 which has 55 per cent of the market.

The notification will even go as far as advising customers to buy a new PC in order to be able to use Windows 10 preoperly.

The company has been providing smaller pop-up reminders of the upcoming change since April 2019 but they will now be full-screen and impossible to ignore.

The notification will remain on screen until users interact with it, giving them the option to 'learn more' or instead respond with 'remind me later' or 'don't remind me again'.

GCHQ's National Cyber Security Centre (NCSC) has told the public not to access banking, emails or other services containing sensitive information from devices on Windows 7 due to the high risk.

'We would urge those using the software after the deadline to replace unsupported devices as soon as possible, to move sensitive data to a supported device, and not to use them for tasks like accessing bank and other sensitive accounts.

A spokesman for the security centre said users of older versions of Windows should also considering emailing from a different device.

End of support is a long-running measure by Microsoft, as it shifts from dated technologies and increases focus on newer ones.

'Without Microsoft support for your PC is like driving without car insurance'. said Jake Moore, Cyber Security Specialist from ESET.

'You can still use the machine, but you'll be in a sticky situation should anything happen'.