President Ilham Aliyev: Armenia plans to occupy Azerbaijani lands and does not conceal that 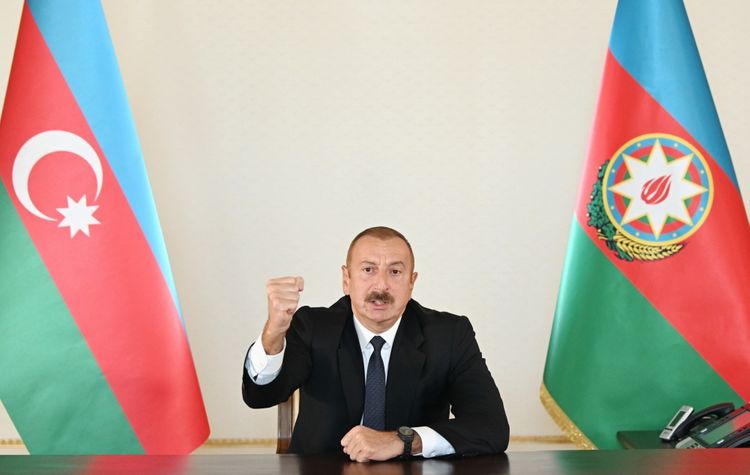 “Armenia plans to occupy Azerbaijani lands and does not conceal that. Their military-political leadership tried to threaten Azerbaijan with a new occupation, a new policy of occupation for new territories – this is the policy of Armenia’s military-political leadership today,” President of the Republic of Azerbaijan and Commander-in-Chief of the Armed Forces Ilham Aliyev said in his address to the people, APA reports.

The statement says: “Another reason is to distract the population from the very serious social and economic problems in Armenia and portray Azerbaijan as an enemy. Yet another reason is that Armenia is doing everything possible to disrupt the negotiations, and I can say that it has succeeded in doing that. It is as a result of Armenia's hypocritical, unconstructive and false policy that the negotiations have actually stopped and this provocation is aimed at these goals.”