President Ilham Aliyev: We are ready for negotiations if Armenian prime minister returns back from the skies where he is flying, back to earth 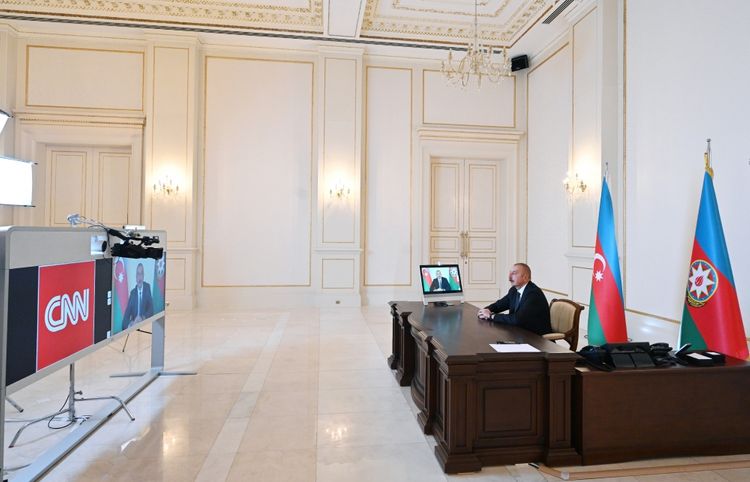 "We are for peace talks. If you allow me, I will just give you two examples. Azerbaijan is a constructive partner to negotiation table. We think that the principles which have been elaborated by the United States, Russia and France should be basis for settlement. Armenian prime minister rejects them. So he said that "Karabakh is Armenia". That makes negotiations senseless. Because how you can say "Karabakh is Armenia" and negotiate to return the territories back? He said Azerbaijan should negotiate not with Armenia, but with Nagorno-Karabakh which is a change of format. So we are ready for negotiations if Armenian prime minister returns back from the skies where he is flying, back to earth," said President Ilham Aliyev in an interview to “The Connect World” program of CNN International TV channel, APA reports.