Presidential aide: “The US has already declared that currently the territory of Azerbaijan is a place where terrorist threat may emerge” 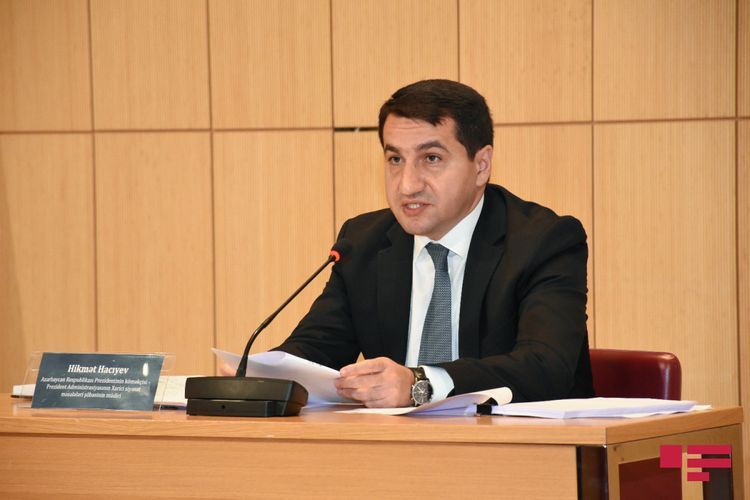 “It has already been declared by the US that currently the territory of Azerbaijan is a place where terrorist threat may emerge. We know that previously, the Armenian side also was in contact with terrorist organizations and groups”, said Assistant of the President of the Republic of Azerbaijan, Head of Foreign Policy Affairs Department of the Presidential Administration Hikmat Hajiyev at the briefing held for representatives of diplomatic corps at the ADA University, APA reports.

H. Hajiyev said Azerbaijan takes all necessary steps in order to defend the Azerbaijani civilian persons and representatives of the foreign diplomatic corps from terrorist threat: “We have already appealed to the countries hosting the Azerbaijani embassies that the level of security of the diplomatic missions situated in Azerbaijan should be raised, special attention should be paid to security”.