EBRD: Azerbaijan’s economy expected to recover with 3 per cent growth in 2021 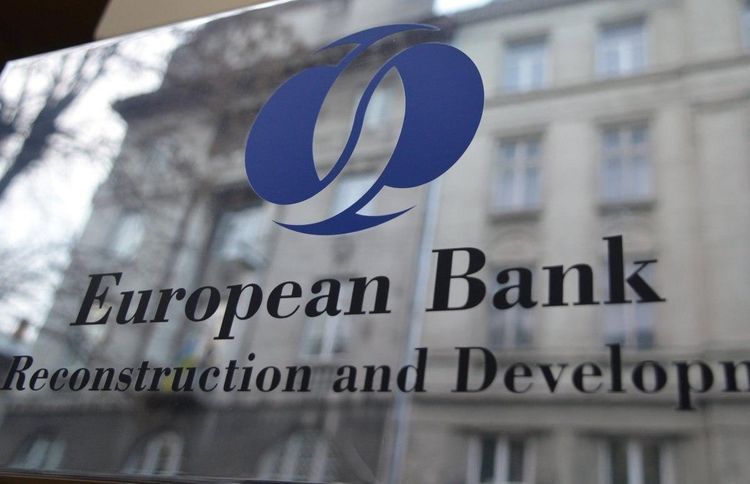 Azerbaijan’ economy is likely to see a contraction of 3 per cent in 2020 because of the economic impact of the coronavirus pandemic and low oil prices, the European Bank for Reconstruction and Development (EBRD) says in its latest macroeconomic forecast published today. The Bank expects the country to recover in 2021 with GDP growth of 3 per cent, APA reports.

According to the latest edition of the EBRD Regional Economic Prospects, “large SOFAZ assets – approximately 90 per cent of GDP – will continue cushioning the economy against the external shock.”

The report adds that the exchange rate has remained stable to date. It warns that a prolonged period of low oil prices and weak global demand could cause serious imbalances in the economy.

Robust crisis response package put in place to protect jobs and disposable income will support the speed of recovery after a return to normality during the second half of the year.

Economies across the EBRD regions may contract on average by 3.5 per cent this year, with a rebound of 4.8 per cent possible in 2021, the report said, warning that the projections are subject to “unprecedented uncertainty”.

EBRD Chief Economist Beata Javorcik said that as the world emerged from the crisis it was crucial to look towards a future of cooperation and greater economic resilience.

“The crisis has been a massive hit and coming out of it will be just as challenging. This is not the time to engage in economic nationalism and protectionism, but a time to shape a better future through international commitment to free trade, climate change mitigation and economic cooperation,” she said.

The report assumes a modest impact of the crisis on the long‐term trajectory of economic output, with growth resuming towards the end of the third quarter, but potentially significant longer-term economic, political and social effects.

“If social distancing remains in place for much longer than anticipated, the recession may be much deeper, with the 2019 levels of output per capita not attained again for years to come,” the report said.

Across the EBRD regions, containment measures have affected domestic demand and supply. External shocks include a sharp drop in commodity prices, weighing on commodity exporters, disruption to global value chains, a collapse in tourism and a drop in remittances.

The EBRD invests in emerging economies from central and eastern Europe through to Central Asia and the Middle East and North Africa. Almost all EBRD countries are likely to see economic contraction this year, with only a small number of exceptions, including Turkmenistan and Uzbekistan, in Central Asia, and Egypt.

On average, Central Asian economies, which have come under pressure from the collapse in commodity prices and remittances, will contract by 1.2 per cent this year, before a rebound of 5.8 per cent in 2021.

Kazakhstan and Uzbekistan are using available buffers to provide significant stimulus to their economies. However, smaller countries, such as the Kyrgyz Republic, Mongolia and Tajikistan are being dragged down by extremely limited fiscal space and a significant debt overhang.

In central Europe and the Baltic states (CEB), strict containment measures have included a massive shutdown in businesses and schools, while disrupted value chains are preventing production, including in the automotive industry, which accounts for almost a half of industrial production in the Slovak Republic. Weaker external demand will likely further delay the recovery. Output in the region is set to fall in 2020 by 4.3 per cent, but bounce back strongly in 2021, by 4.5 per cent.

The report noted that Poland, the largest economy in CEB, had been particularly resilient during the global financial crisis of 2008-09. The coronavirus crisis was expected to have a more severe impact on domestic businesses and employment, given Poland’s high level of integration into global value chains and large exposure to trade, especially within the European Union (EU). The Polish economy would contract by 3.5 per cent in 2020 and grow by 4.0 per cent in 2021.

The report said countries in eastern Europe and the Caucasus were likely to be severely impacted by the coronavirus crisis, affected by tightening global financial markets, strong pressure on domestic foreign exchange markets and reduced foreign demand for exports.

Lower commodity prices were putting additional strain on the exporters of hydrocarbons and metals – Azerbaijan, Ukraine and Armenia – while an expected drop in remittances would put pressure on household disposable income, especially in Moldova, Armenia, Ukraine and Georgia. Loss of tourism receipts will be a significant blow to the Georgian economy.

In Ukraine, a combination of reduced foreign demand and a drop in domestic demand due to public health measures put in place to contain the spread of the virus has taken its toll on the manufacturing and services sectors. The economy is expected to contract by 4.5 per cent in 2020, with a rebound of 5.0 per cent in 2021.

The report said Russia was facing the double shock of the coronavirus pandemic, which has hit global demand, and the collapse of an agreement to limit oil production, which together caused oil prices to fall substantially and resulted in a sharp slowdown in activity.

With its economy still dependent on oil, the fall in oil prices was significant, particularly in light of the fiscal stimulus needed to offset the impact of the pandemic. The Russian economy is expected to shrink by 4.5 per cent in 2020, followed by a rebound of 4.0 per cent in 2021.

EU members in south-eastern Europe were also likely to be severely affected by the coronavirus crisis, with a major channel for disruption coming from tourism, especially in Cyprus, Greece and Bulgaria.

In the Western Balkans, Bosnia and Herzegovina, North Macedonia and Serbia were expected to suffer from the disruption of global supply chains, because of their strong manufacturing bases. Albania and Montenegro would be affected by a reliance on tourism, while in Kosovo, and to some extent in other Western Balkans economies, lower remittances would reduce domestic demand.

Growth in Turkey is likely to be heavily impacted by the coronavirus pandemic in 2020, with GDP seen contracting by 3.5 per cent in 2020, followed by a robust recovery to 6.0 per cent growth in 2021. The forecast is heavily dependent on the duration and extent of the social distancing measures to contain the virus.

In the southern and eastern Mediterranean region, the negative impact of the coronavirus is expected to be seen via tourism (a major driver of growth in all of the region’s economies in 2019), a decline in domestic demand due to containment measures, a fall in demand from the main trading partners and a slowdown in foreign direct investment inflows.

In Egypt, the largest economy in the region, major public construction projects and the boom in telecommunications have sustained growth. Egypt’s economy is expected to show growth of 0.5 per cent this year and of 5.2 per cent in 2021.

Other economies in the region – Jordan, Morocco, Lebanon and Tunisia – are all expected to contract this year, with an especially sharp fall of 11 per cent foreseen in Lebanon, which had already fallen into recession in 2018 and 2019. 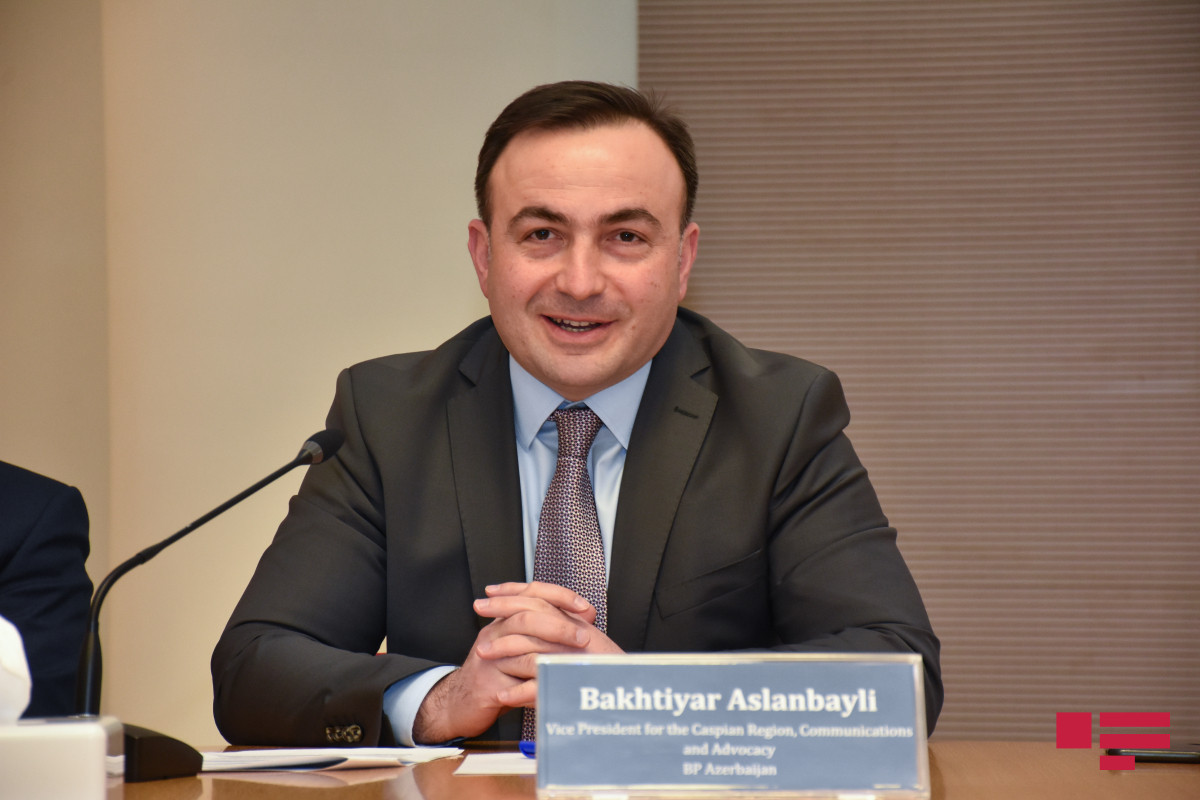