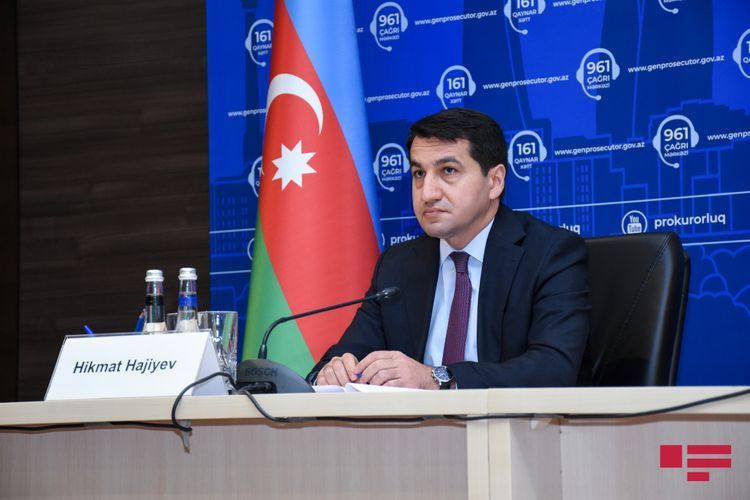 "Armenia's delibarate and indiscriminate attacks with Smerch missiles and heavy artillery against Azerbaijani cities and civilians continues,"Assistant to the Azerbaijani President - Head of the Foreign Policy Department of the Presidential Administration Hikmat Hajiyev has twitted, APA reports.

"Ganja, Barda, Tartar and other cities become targets of such irresponsible attacks. Peaceenforcement must be continued to stop Armenia," he wrote.