Azerbaijani President: "We are capable to implement giant energy projects" 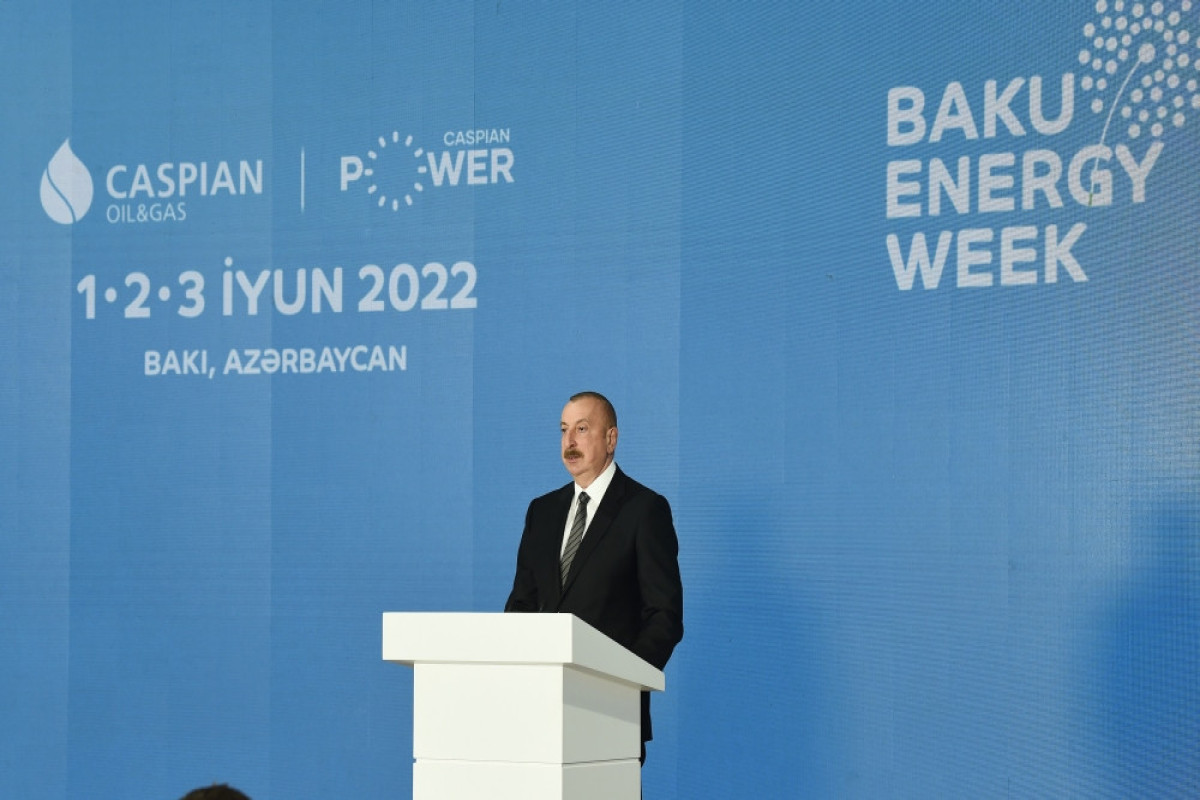 "Opening of Supsa, the first oil pipeline from Azerbaijan to the Black Sea coast of Georgia, allowed us to start exporting and meet the needs of many countries," said Azerbaijani President Ilham Aliyev at the opening ceremony of the 27th International Caspian Oil and Gas "Caspian Oil & Gas" 2022 Exhibition, which is the greatest event in the energy sector of the Caspian region, within the framework of Baku Energy Week today, APA reports.

Head of state noted that Baku-Tbilisi Ceyhan, as well as Azerbaijan's all other energy transportation infrastructure projects, are operating without interruption.

"Of course, this demonstrates predictability and reliability. It demonstrates that we are capable to implement such giant infrastructure projects," said President.