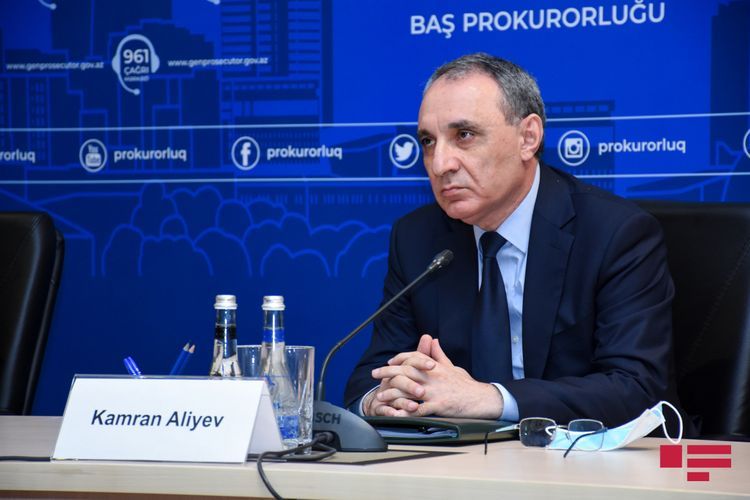 “The Great Leader was seeing this day about Karabakh. He had done his best for this victory” said Kamran Aliyev, Prosecutor General in his report to the journalists, APA reports.

“We are very grateful to him again for today’s victory. Because all the reforms in the field of political, economic, army building, all measures taken in the international arena by him were aimed at this. Mr. President noted in his speech that today, a very great legal basis has been created for Azerbaijan’s victory, and the Great Leader has unparalleled services in the creation of this legal basis. Surely, today his soul is happy, and may God have mercy on him again,” Prosecutor General noted.