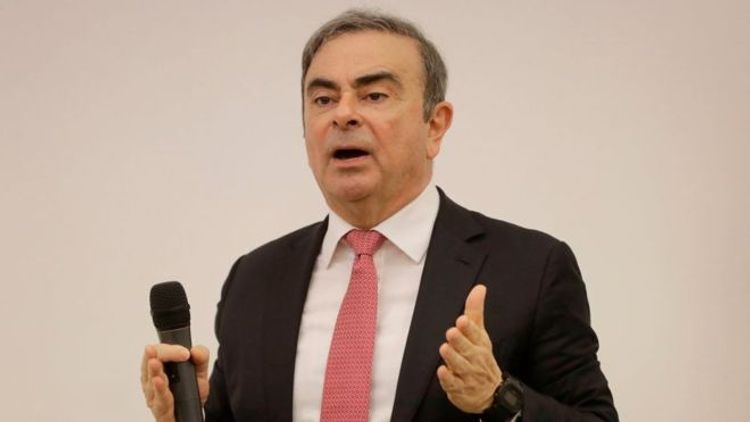 The company said it aims "to recover a significant part of the monetary damages inflicted on the company by its former chairman".

He is currently in Lebanon after jumping bail in Japan.

He said in response to the lawsuit: "Nissan's manoeuvres continue: this complaint is made public on the eve of the Japanese group's financial results.

"We note that after months of announcing damages of 35 billion yen, Nissan is now claiming 10 at the moment. Mr Ghosn's lawyers will react on the merits of the case once the content of the claim has been brought to their attention."

Nissan said it expects the amount claimed in damages to "increase in future" as it seeks to recover fines it expects to have to pay to regulators because of Mr Ghosn's alleged misconduct.

The company also said that it may pursue separate legal action over what it called "groundless and defamatory" remarks made by Mr Ghosn in a news conference he held in Beirut. At the conference, Mr Ghosn said: "My unimaginable ordeal is the result of a handful of unscrupulous, vindictive individuals."

He was facing criminal charges for allegedly understating his annual salary and misusing company funds, before he fled Tokyo in December.

Nissan has also accused Mr Ghosn of misusing the company's money for overseas events. The events included a party at the Palace of Versailles, France, and trips to Rio de Janeiro carnivals.

He denies charges of financial wrongdoing in Japan, claiming the country's justice system is "rigged".

Mr Ghosn, who has an estimated net worth of $120m (£91m), was one of the most powerful figures in the global car industry until his arrest in November 2018.

The scandal has thrown into doubt the future of Nissan's alliance with Renault and Mitsubishi.