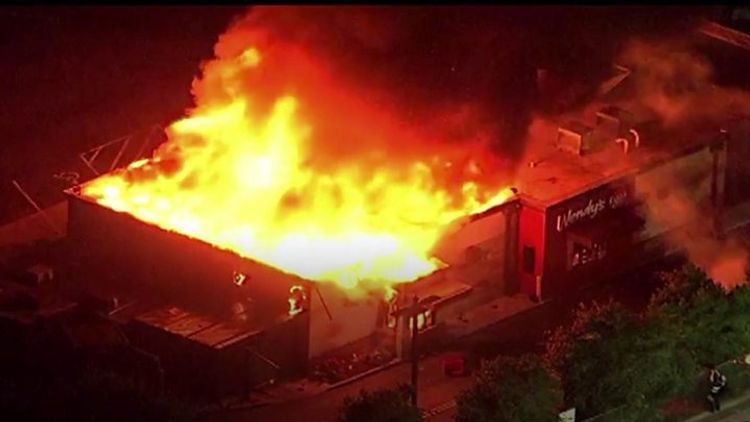 Atlanta's police chief has resigned after the fatal shooting of an African-American man during an arrest, APA reports citing BBC.

Rayshard Brooks, 27, was shot by an officer during a struggle at a drive-through restaurant late on Friday.

On Saturday protesters set fire to the Wendy's restaurant where the shooting occurred and police chief Erika Shields handed in her resignation.

Atlanta is one of many US cities where the killing of George Floyd by Minneapolis police sparked protests.

Mr Floyd, who is also African American, died after a white officer knelt on his neck for almost nine minutes. His death has generated widespread anger against racism and police brutality.

Erika Shields had served as Atlanta police chief since December 2016 after a long career in the force. Her resignation was announced by Mayor Keisha Lance Bottoms.

"Because of her desire that Atlanta be a model of what meaningful reform should look like across this country, Chief Shields has offered to immediately step aside as police chief so that the city may move forward with urgency and rebuilding the trust so desperately needed throughout our communities," the mayor said in a statement.

One of the Atlanta police officers involved in the shooting, Garrett Rolfe, has been sacked, and the other, Devin Bronsan, put on administrative duty. They have served for six and two years in the Atlanta police, respectively.