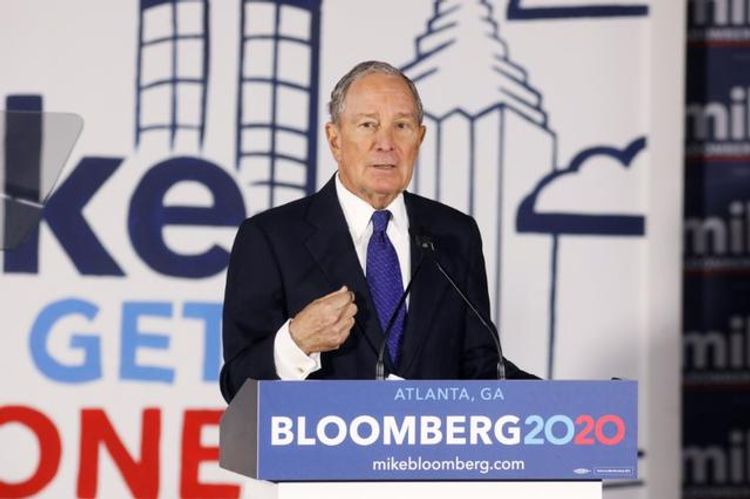 Democratic presidential candidate Michael Bloomberg would seek to standardize federal elections across the United States and prevent states from blocking felons from voting under a plan aimed at expanding access to elections rolled out on Friday, APA reports citing Reuters.

Bloomberg’s plan echoes proposals offered by his Democratic rivals as the party shows a unified front on the issue of combating voter suppression. Voting access is an important issue for the party’s minority voters, who are often seen as targeted by Republican lawmakers.

The former New York mayor and billionaire entered the race for the 2020 Democratic presidential nomination late, but he is using his vast wealth to flood the airwaves with campaign ads that have helped him slowly climb in national polls. He faces strong criticism from black voters for his support of aggressive policing techniques as New York City mayor, and he will need to attract these voters if he is to win.

Bloomberg plans to continue to pay for staff in battleground states through November no matter the outcome of the Democratic primaries, in an effort to defeat President Donald Trump, his campaign said on Friday. He also plans to employ his vast tech operation to help the party whether he wins or not, the campaign said.

Under the voting rights plan, Bloomberg would seek to create a non-partisan commission that would look to standardize federal elections, including forcing states to restore voting rights to felons and prohibit them from charging onerous fees to get those rights back.

“There is nothing more important to our country’s health than being able to cast your ballot for the candidate of your choice,” said Steve Benjamin, mayor of Columbia, South Carolina and co-chair of Bloomberg’s campaign.

On Friday, Bloomberg joined Stacey Abrams in Atlanta at the Fair Fight 2020 Summit, an event aimed at tackling voting issues. Abrams ran for governor of Georgia in 2018 and nearly pulled out a surprising victory. Supporters blame her loss on a decision by Georgia’s secretary of state to make it more difficult to register to vote, disproportionately affecting the state’s black voters.

Since entering the race in November, Bloomberg has hired more than 800 staffers, including 500 field organizers and staff in more than 30 states and another 300 staffers in his campaign’s New York headquarters.