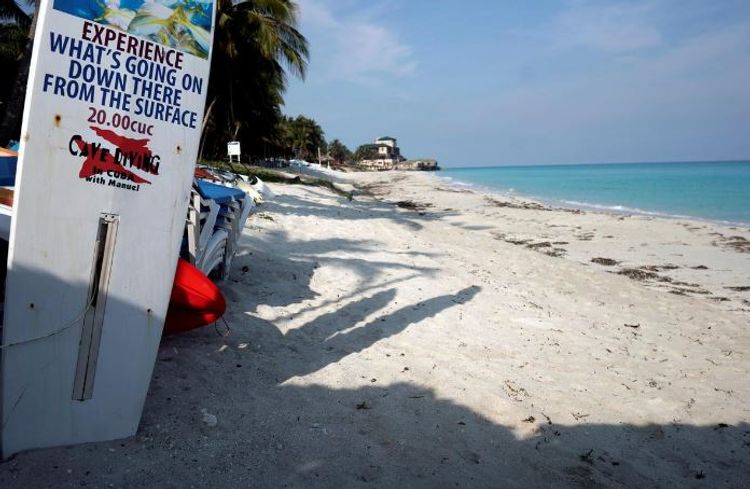 Cuba rolled out the red carpet on Friday for the first planeload of tourists to arrive on the Communist-run island in months as it struggles toward post-pandemic new normalcy, APA reports citing Reuters.

The import-dependent country has been plunged into crisis and scarcity by tough U.S. sanctions and the COVID-19 outbreak.

The arrival was seen as a hopeful sign for tens of thousands of laid-off leisure industry employees, shuttered small businesses and hard-pressed residents in general.

An Air Canada plane arrived at midday at the Cayo-Coco airport on the northcentral coast. Air Canada Vacations, the airline’s tour business, said it would now fly weekly to Cuba and biweekly beginning next month.

Cuba closed its airports in March due to the pandemic. While some hotels are open under international sanitary regulations at resorts in isolated areas such as Cayo-Coco, there is no indication when Havana and other cities might allow foreign visitors to return.

Cuba has managed to control the pandemic in most of the country. But it is currently trying to contain a new outbreak in Havana, along with lesser outbreaks in a few other provinces.

Canada has long been Cuba’s most important tourist provider, accounting for 1.1 million of the 4.2 million arrivals in 2019, according to the government.

The United States bans residents from making tourist trips to Cuba as part of its decades-old trade embargo, but U.S. citizens can still travel to the Caribbean island for purposes including education.