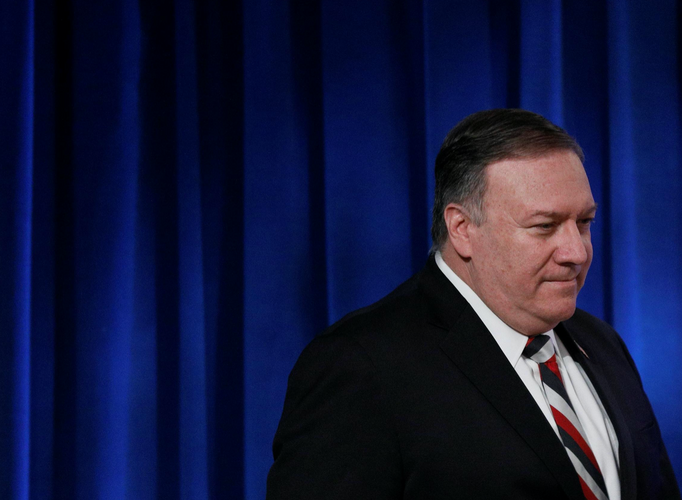 Iran is considering releasing some Americans it has detained, U.S. Secretary of State Mike Pompeo said on Tuesday, as the United States imposed fresh sanctions on Iran and said it stood ready to help the Islamic Republic deal with the coronavirus, APA reports quoting Reuters.

Pompeo made the announcements during a news conference in which he made clear that the United States plans to continue its maximum-pressure campaign to deny Iran revenues by choking off its ability to sell its oil abroad. The campaign aims to force Iran to limit its nuclear, missile and regional activities.

The State Department is blacklisting nine entities based in South Africa, Hong Kong and China, as well as three Iranian individuals, for engaging in “significant transactions” to buy, sell, transport or market Iranian petrochemicals, he said.

Separately, the Commerce Department said it will add six individuals - including five Iranian nuclear scientists - and 18 corporations to the U.S. “Entity List” for enabling or assisting with Iran’s nuclear program, Pakistan’s unsafeguarded nuclear and missile programs, and Russian military modernization efforts. The move covers one company in Iran, two entities in China, nine in Pakistan, and five in the United Arab Emirates, constricting the export of certain items to them.