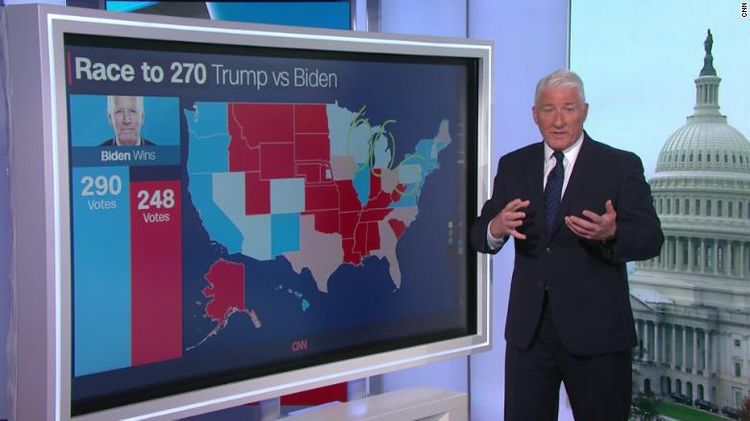 President Donald Trump was leading Democratic rival Joe Biden in the vital battleground state of Florida on Tuesday, while other competitive swing states that will help decide the election, including North Carolina, remained up in the air, APA reports.

The two contenders split the early U.S. states to be projected in the White House race as expected, with conservative states like Alabama, Indiana, Kentucky and Tennessee going to Trump and Democratic-leaning Massachusetts, Vermont, New York and Connecticut going to Biden, according to projections by television networks and Edison Research.

But none of the approximately dozen battleground states that will decide the race had been settled as polls closed in a majority of U.S. states, with close races developing in many of them.

Part of Trump’s strength in Florida came from an improved performance relative to 2016 in the state’s counties with large Latino populations. Trump’s share of the vote in those counties was larger than it was in the 2016 election.

For months there were complaints from Democratic Latino activists that Biden was ignoring Hispanic voters and lavishing attention instead on Black voters in big Midwestern cities.

The Biden campaign disputed this but in the weeks leading up to the election, opinion polls in key states showed Biden underperforming with Latinos.

Many younger Hispanics were ardent supporters of U.S. Democratic Senator Bernie Sanders during the party’s primary campaign, but in opinion polls expressed little enthusiasm for Biden, viewing him as too moderate and out of touch.

In the Miami area, Latinos are predominantly Cuban Americans, where generations of families have fled communist rule in Cuba. Trump’s messaging about Biden being a socialist seemed to be working with them and with Venezuelans there despite Biden’s denials.

Edison’s national exit poll showed that while Biden led Trump among nonwhite voters, Trump received a slightly higher proportion of the non-white votes than he did in 2016. The poll showed that about 11% of African Americans, 31% of Hispanics and 30% of Asian Americans voted for Trump, up 3 percentage points from 2016 in all three groups

Biden, 77, still has multiple paths to the 270 Electoral College votes he needs to win without Florida despite having spent lots of time and money trying to flip the state that backed Trump, 74, in 2016.

Voters, many wearing masks and maintaining social-distancing to guard against the spread of the coronavirus, streamed into polling places through the day, experiencing long lines in a few locales and short waits in many other places. There were no signs of disruptions or violence at polling sites, as some officials had feared.