Five injured after building under construction collapses in D.C. 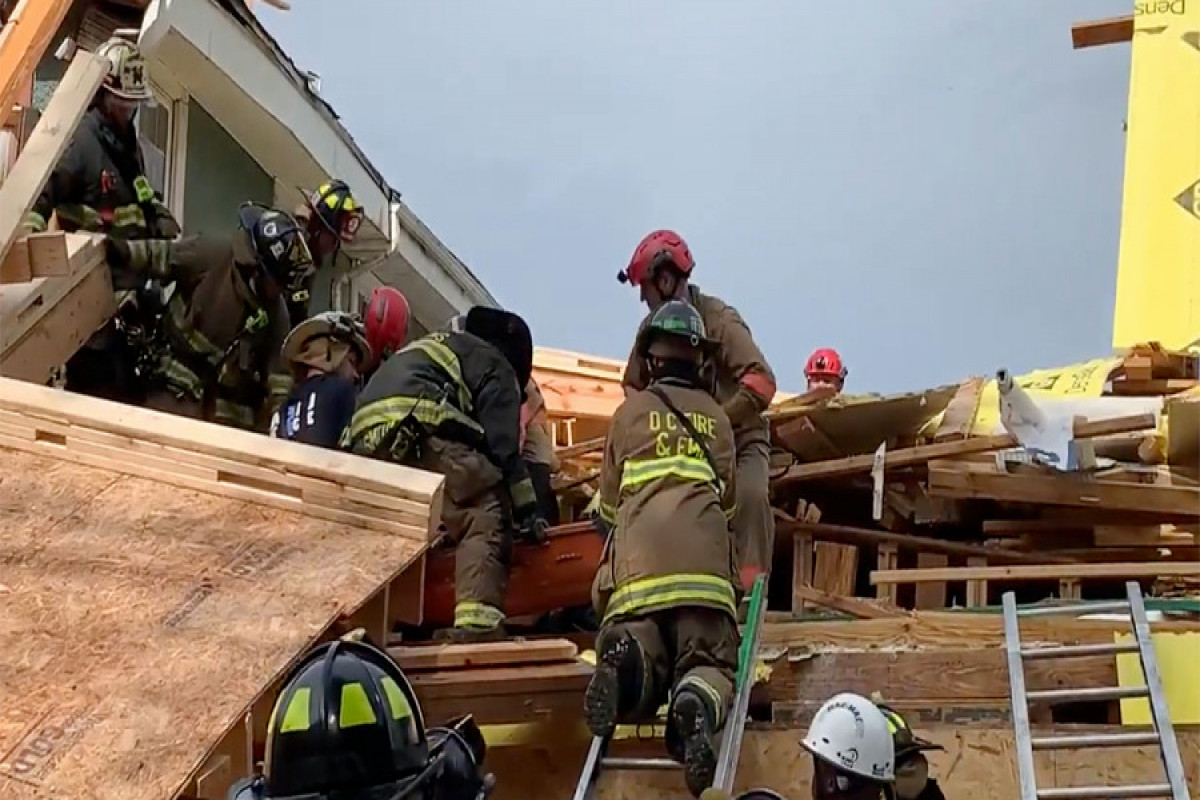 A construction worker was rescued from the rubble after being trapped for about one hour and a half following a "full collapse" Thursday afternoon of a building in Washington, D.C., that was under construction, local authorities said, APA reports citing ABC News.

The D.C. Fire and Emergency Medical Services Department tweeted just after 3:30 p.m. that a full collapse of a building in the 900 block of Kennedy Street Northwest resulted in one person trapped in the debris and several others injured.

The department said in later updates that four people with non-life threatening injures were transported to the hospital, and that the adult male that was trapped was eventually removed from the pile. He was conscious, it added.

The incident came exactly one week after the partial collapse of a 12-story condominium in Surfside, Florida. At least 18 people have been confirmed dead in the tragedy as of Thursday, and 145 more are still missing.

The search and rescue operations have halted since this morning after monitoring devices indicated that the remaining part of the building may collapse.