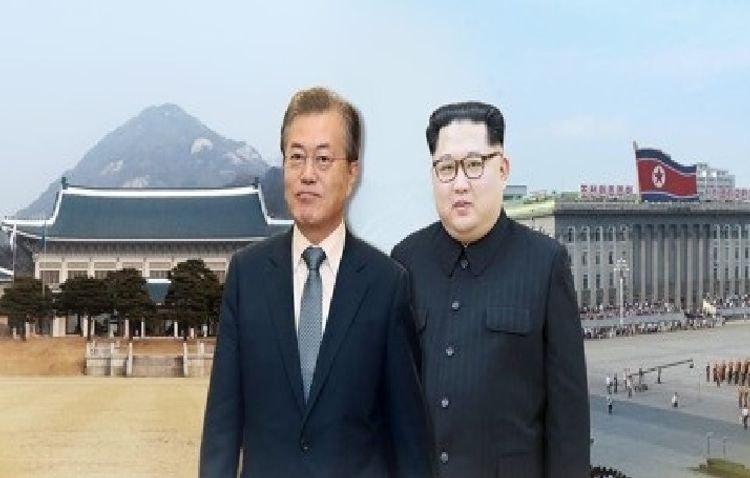 In the letter, delivered to Moon on Wednesday, Chairman Kim voiced his belief that South Korea will overcome the situation and wished for the good health of South Koreans, according to Yoon Do-han, Cheong Wa Dae's senior secretary for public communication.

"The North's leader said he will quietly support South Korea's fight against COVID-19 and showed his constant friendship and trust toward Moon," Yoon said, adding that Kim expressed concerns about Moon's health.

In return, Moon sent a letter to his North Korean counterpart, expressing his gratitude.

Kim also revealed his "frank" thoughts about situations on the Korean Peninsula, but Cheong Wa Dae did not elaborate.

The two leaders' rare exchange of letters came as South Korea has reported 5,766 confirmed cases since the outbreak started on Jan. 20.

North Korea has not reported any confirmed infections but it has intensified preventive efforts by tightening its border with China.