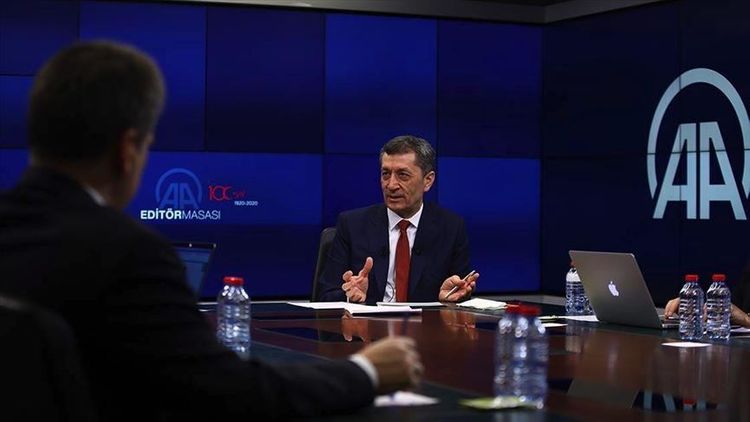 Turkey is prepared to institute distance education as online and broadcast school lessons are slated to launch on March 23 as part of measures against the novel coronavirus, the country's national education minister said Thursday, APA reports citing Anadolu Agency.

"All the crews and content are ready. The filming is complete," Ziya Selcuk told Anadolu Agency's Editor's Desk in the capital Ankara.

The lessons will mainly be broadcast via television channels more than once throughout the day, due to possible internet bandwidth issues.

"The lessons we will broadcast on television will also be related to previous topics in face-to-face classes," Selcuk added.

"Our teachers voluntarily prepared the lessons and subjects needed on television. Our teachers work in small groups in certain centers, studios and schools, and then test broadcasts are made," Selcuk said.

He also stressed that Turkey was one of the few countries able to implement distance education on a national level.

Since first being detected in Wuhan, China in December, the novel coronavirus has claimed 8,810 lives globally, most in China, according to global data maintained by Johns Hopkins University (JHU).

At least 218,827 cases of the virus have been confirmed in at least 160 countries and territories, with Europe as the new epicenter of the pandemic, according to the World Health Organization.

Despite the rising number of cases, most people who get infected suffer mild symptoms and recover.