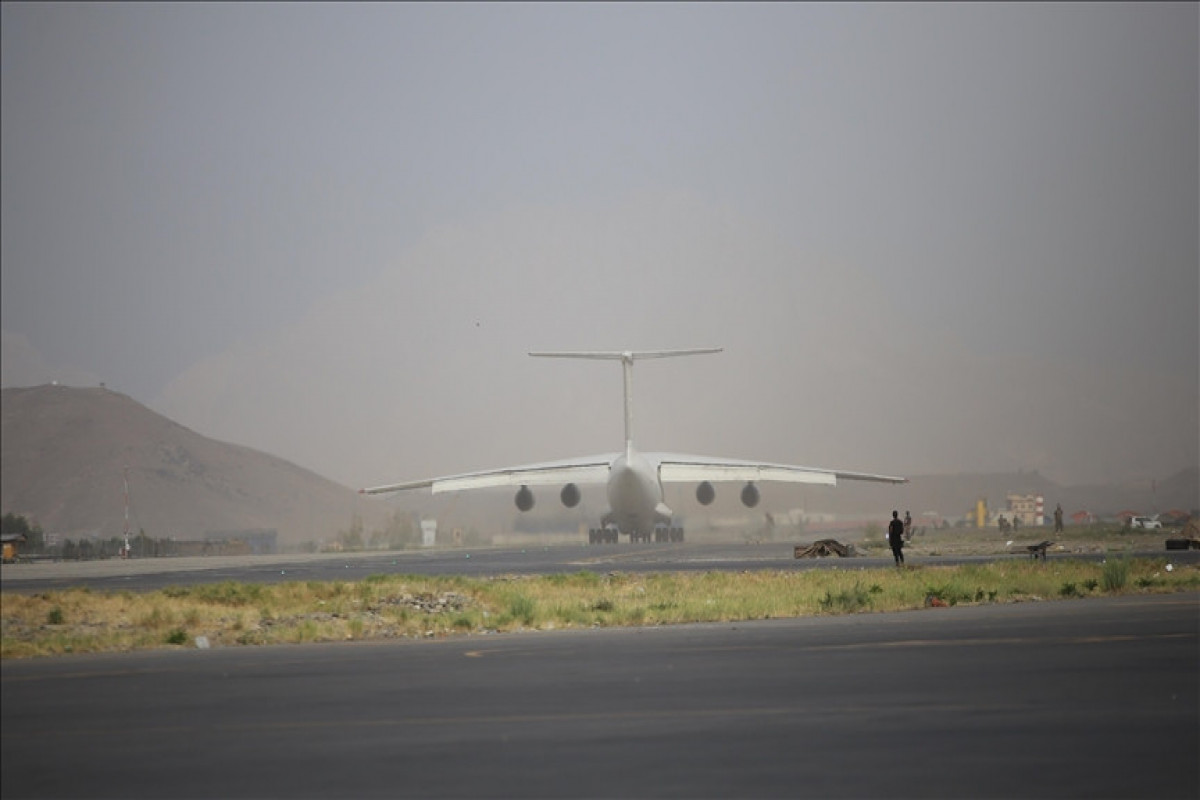 A UAE plane bringing humanitarian assistance to the people of Afghanistan landed at the Kabul airport on Friday, APA reports citing Anadolu.

Anadolu Agency was given permission to the Hamid Karzai International Airport's runway, which is now jointly controlled by Taliban and Qatari security forces. Dozens of workers were seen cleaning the airport's terminals, as well as the runway and waiting areas.

A plane carrying medicines and other emergency supplies arrived from UAE on Friday afternoon.

A technical team from Qatar arrived on Wednesday to restore the airport, which was reportedly damaged by US forces before they left Afghanistan after nearly two decades.

All military jets, helicopters, and commercial planes of Afghanistan's national flag carrier Ariana Afghan Airlines stationed at the Kabul airport were reportedly damaged by the US military before it left the war-torn country on Aug. 31.

Taliban leader Maulavi Ahmadullah Mutaqi told Anadolu Agency on Wednesday that the US forces had damaged Afghan National Air Force's military jets, including Black Hocks helicopters, as well as the radar system, and terminals at the Kabul airport.

Inside the airport, a member of the Qatari team informed Anadolu Agency that multiple teams have been formed to get the airport functioning, without providing information on when the airport will be ready for international flights, saying he cannot give any further details because of restrictions on speaking to the media.

Meanwhile, a Qatar Airways plane landed at the Kabul airport, and some vehicles entered the terminal following it. According to sources, some Qatari officials have also arrived in Kabul. Taliban authorities at the airport, on the other hand, remained silent.

According to sources, three planes carrying humanitarian aid from Qatar have so far arrived in Kabul over the last two days.