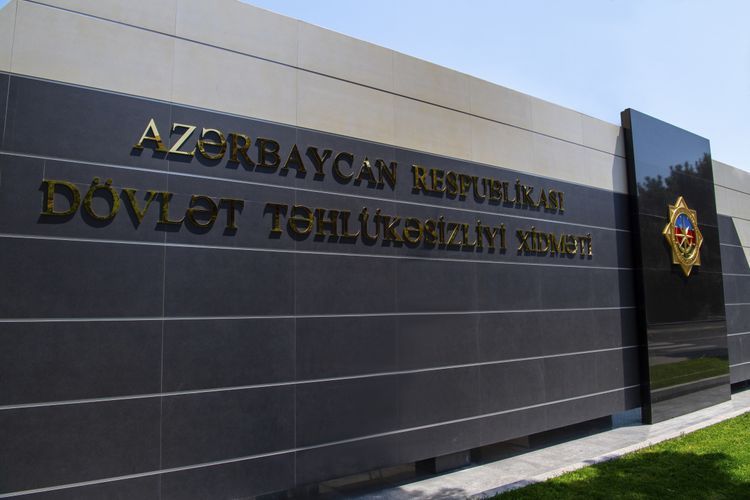 Several regions, as well as territories of strategic significance were liberated as a result of the counteroffensive operations successfully conducted by the Armed Forces of the Republic of Azerbaijan against the military provocations continued by the Armenian armed forces from September 27, 2020, the State Security Service told APA.

In contradiction to the measures of protection of state secret implemented by the concerned state agencies and despite of relevant warnings, the unauthorized video shootings were made by a number of persons using technical capabilities of mobile phone devices on the territories where the combat operations are conducted, various video materials allowing for obtaining information about the strategic and operational plans, dislocation and displacements, other combat provision, operational condition of the Azerbaijani troops were disseminated.

The mentioned video images were used by the enemy army for the purposes of obtaining information about force and positions of army units of the Republic of Azerbaijan, as well as implementation of reconnaissance and provocation activity.

The criminal case on the detected facts has been initiated in the State Security Service based on clause 284 (dissemination of state secret) of Criminal Code of the Republic of Azerbaijan, currently, the investigation is conducted regarding the criminal actions of those persons.

The citizens are once again warned that making and disseminating of unauthorized video shootings from active combat zone result in criminal responsibility, we call on them to refrain from all behaviors creating danger to life of the Azerbaijani soldier. 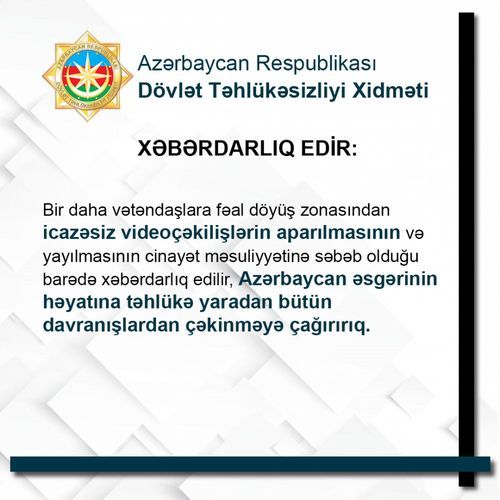