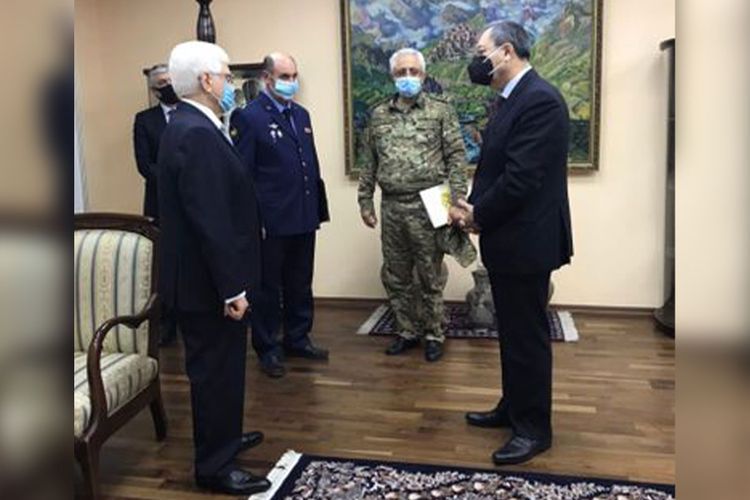 It was noted that they expressed condolences over the casualties as a result of the downing of the Mi-24 military helicopter of Russia near the Armenia-Azerbaijan border.