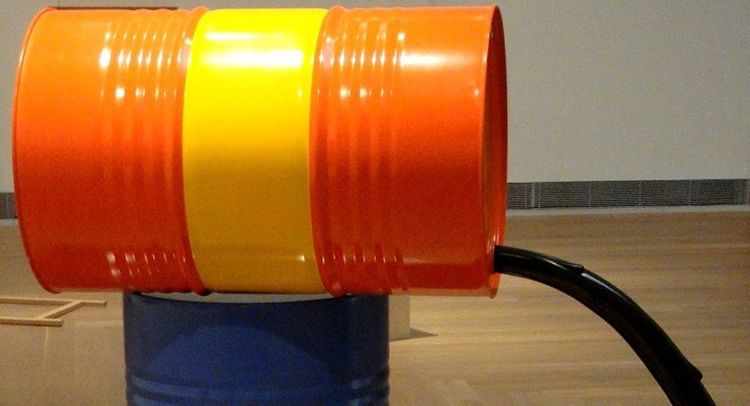 The Brent crude blend has lost around 20% of its price during the past month, as economists fear that the coronavirus outbreak and measures to curb its spread could affect the Chinese economy's performance in terms of both production and consumption, APA reports quoting Sputnik.

Brent oil blend benchmark prices have plummeted deep into the red, dropping by upwards of 4% by 16:40 GMT on 3 February. The price tag for one of the two main crude benchmarks hit $53.29 per barrel – a one year low that was previously seen at the beginning of January 2019.

Another benchmark blend, West Texas Intermediate (WTI), also spiralled downward, dropping by as much as 3%, but later recovering somewhat to 2.4% below the 1 February closing prices. The price tag for WTI fell to $50.32 per barrel, losing $1.20 in a single day.

Earlier, the news agency Bloomberg reported, citing its own sources, that China's oil consumption had dropped by 20% amid the coronavirus epidemic as well as Beijing’s subsequent attempts to limit its spread across the country and beyond. The Asian nation is one of the world's biggest consumers of crude, which fuels its economy.

The efforts to stop the coronavirus, as well as global concern over its spread beyond the country's borders, has led to several Chinese cities being put on lockdown and the lunar new year holidays being extended, undermining the economy’s performance in January. In addition to this, several foreign companies, including Google, Starbucks, and Apple, have closed their offices, plants, and stores to prevent the spread of the virus.

The coronavirus outbreak has been pushing oil prices down for nearly a month now, with both Brent and WTI losing around 20% of their value since the beginning of January. The pressure is mostly linked to concerns over a decrease in China's production and consumption rates amid the outbreak, which could in turn impact the economies of countries that rely on the Chinese market.