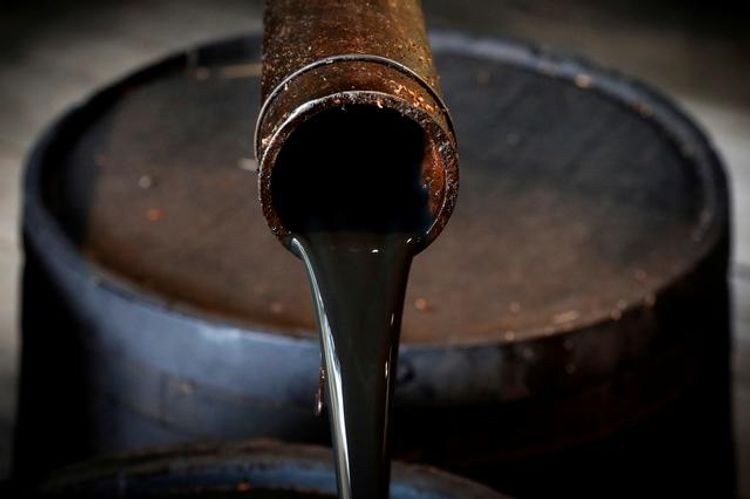 Oil prices edged higher on Thursday, as investors hoped the world’s biggest producers would cut output more, while they largely shrugged off forecasts of slumping demand due to the coronavirus outbreak in top oil importer China, APA reports citing Bloomberg.

The Organization of the Petroleum Exporting Countries lowered its 2020 demand forecast for its crude by 200,000 bpd, prompting expectations the producer group and its allies, known as OPEC+, could cut output further.

“The Russians have pretty much signaled that everyone is on board for OPEC+ delivering deeper production cuts,” said Edward Moya, senior market analyst at OANDA in New York.

“Crude’s price action possibly suggests a firm bottom is in place. As long as the coronavirus does not show strong signs that the spreading of the virus is intensifying, WTI crude could make a run towards the mid-$50s.”

Oil demand in China, the world’s second-largest crude consumer, has plunged because of travel restrictions and quarantines.

Oil refiner China National Chemical Corp said it would close a 100,000 bpd plant and cut processing at two others amid falling fuel demand.

The International Energy Agency (IEA) expects oil demand in the first quarter to fall for the first time in 10 years before picking up from the second quarter. The agency cut its full-year global growth forecast to 825,000 bpd.

“(It’s) worth noting that these forecasters are for now assuming a V-shape recovery in oil demand, with the bulk of the impairment concentrated in Q1, 2020,” BNP Paribas analyst Harry Tchilinguirian told the Reuters Global Oil Forum.

Brent and WTI have fallen more than 20% from their January peak because of the disease outbreak.

“All of the fundamentals are basically negative and even equities are lower and crude oil on the other hand continues to rip higher,” said Bob Yawger, director of futures at Mizuho in New York.

“You can argue that maybe those demand numbers aren’t as bad as the market thought they could be.”

Lower fuel demand expectations have shifted the market structure for both Brent and WTI into a contango - where prompt prices are lower than those for later dates.

The six-months spread of Brent futures contracts LCOc1-LCoc7 is at about minus 40 cents. 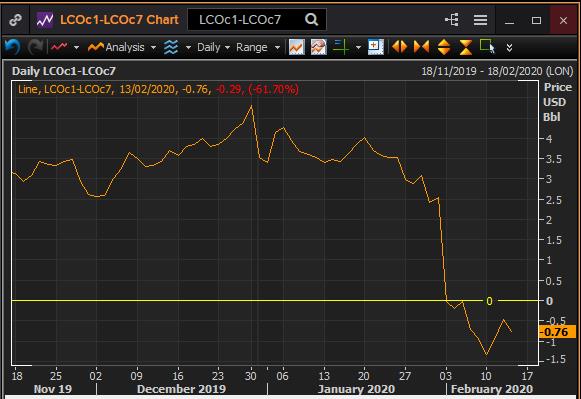